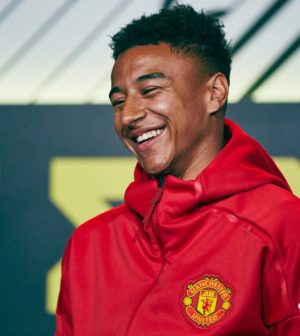 I remember in April last year Manchester United announced that their fleet-footed forward Jesse Lingard had put pen to paper over a new four-year contract that would see him make £75,000-a-week, many football fans, including myself, thought that the Englishman hadn’t done enough to justify earning that salary.

Lingard has since proven himself to many of his doubters. He has gone on to become an important player for not only Manchester United, but also the England national team. Despite not really doing too well at the 2018 World Cup so far, he has still managed to score a great goal against Panama and is expected to be in the starting lineup later today when England take on Sweden in the quarter-finals.

Last season the 25-year-old scored 13 goals and created a further seven assists in 48 appearances in all competitions for Manchester United. Prior to last season he had only scored 11 times in 83 appearances, which is an indication that he is beginning to earn for himself the tag of a goalscoring midfielder.

And despite only just signing a new four-year contract last April, the Sun understand that the attacking midfielder is set to be offered a new long-term deal that will see him double his current wage package. According to the report, José Mourinho is a big fan of the player and sees him as a key part of his plans for the Red Devils.

Obviously United’s management and decision makers know that if Lingard continues his wonderful performances for both the Three Lions and Manchester United, the big guns like Real Madrid, Barcelona and Paris Saint-Germain may come in for him, hence the idea to give him a better deal and extend the years on his contract as that then puts the club in a better position to ward off any potential suitors.