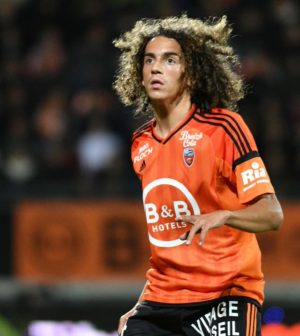 When it comes to Arsenal news, there is no other journalist more reliable than Jeremy Wilson of the Telegraph and David Ornstein of the BBC. Hence Arsenal fans have every reason to be happy this Monday morning as David Ornstein has confirmed Lucas Torreira will undergo his medical with Arsenal today ahead of a move to the Emirates from Sampdoria.

However, this is news that most Gooners are already aware of and have been expecting. The excitement about the signing of Torreira seems to be dying down in the Arsenal fanbase as that deal is no secret. However, what is a surprise is that David Ornstein has confirmed that as well as Lucas Torreira’s medical, Arsenal are set to complete the signing of another midfielder.

This time it is 19-year-old France under-20 star Matteo Guendouzi, who Ornstein claims will be joining the Gunners from Lorient. The Daily Star broke the news over the weekend, and if you believe the latest from Ornstein, and you should, the deal is happening now and the player will undergo a medical. How many times do footballers fail medicals? It happens but very very rarely, hence I believe the French youngster will become a Gunner this week.

Matteo Guendouzi is primarily a defensive midfielder but can also play as an attacking midfielder and box-to-box. His signing is more likely to be for the reserves and under-23s initially. He will likely be used in the cup games for the first team and maybe in the Europa League as well. The teenager started his career with Paris Saint-Germain but moved to Lorient in 2014. He made his debut for Lorient in a 2-1 home defeat against Nantes in October 2016.

Guendouzi  was once linked with Tottenham and Manchester City which shows many Premier League clubs are aware of his talent. According to the Mirror, Arsenal will be paying €8 million (£7m) for the 19-year-old, which is a big amount for a youngster and an indication of how much Arsenal and Unai Emery rate him.