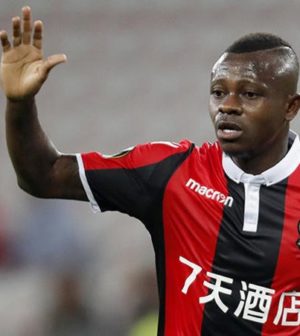 Arsenal, West Ham United, Fulham and to some extent, Tottenham Hotspur, have all been linked with the signing of Jean Michaël Seri this summer, but it appears Chelsea have stolen a march on their London rivals for the signature of the Senegalese international. Last summer Arsenal were said to be interested in signing the powerful midfielder but nothing came out of those rumours. According to reports, the Gunners have since agreed a deal to sign Lucas Torreira from Sampdoria and are unlikely to still be in the race for Seri.

Tottenham’s reported interest has somewhat died down as I haven’t seen any report linking them to the player in recent weeks. West Ham and Fulham have however said to have recently joined the race. The player was said to have flown to London over the weekend to hold talks with the clubs. But if you believe the Daily Star, who are citing Yahoo! Sports reporter and French journalist, Manu Lonjon, as their source, the player has now agreed personal terms with Chelsea.

If the report of personal terms being agreed is true, it means Chelsea are most likely to go on to sign the player. Jean Michaël Seri’s contract with Nice reportedly has a £35 million buyout clause in it and with only 12 months left on his contract, the Blues have a good chance of getting him cheaper than the buyout clause. This is a result of Nice not wanting to lose him on a free transfer next summer if he doesn’t sign a new contract beforehand.

With personal terms agreed, all that’s left is for Chelsea and Nice to reach an agreement and with a buyout clause involved, I doubt it will be long before both clubs agree a deal. It would be interesting to see if Seri is coming in to replace N’Golo Kanté at Chelsea or if he is coming to take the place of Tiémoué Bakayoko in the first team.  The former has been linked to a move to Paris Saint-Germain recently, whilst the latter had a poor debut campaign in England last season.

Jean Michaël Seri is a tenacious midfielder though doesn’t cover as much ground as Kanté, though who does?.  The 26-year-old is good on the ball and also has a decent long-range shot on him.  He netted two goals in Ligue 1 last season as well as recording five assists.