Why Unai Emery is a good appointment by Arsenal 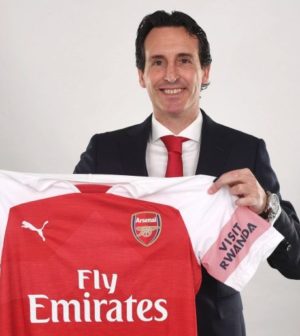 It’s fair to say that the majority of Arsenal fans were relieved to finally see Arsène Wenger leave the Emirates at the end of last season.  The French manager had long over-served his stay in North London after failing to even challenge for the Premier League title since last winning it in 2004.

Wenger left the Gunners without Champions League football for a second consecutive season.  Whilst missing out on the revenue from Europe’s elite club cup competition is partially replaced by the huge television earnings that English clubs are currently benefiting from, the ability to bring in the world’s elite players could be an issue this summer.  However, the big money and the capital city are still a big draw.

In steps Unai Emery after a mixed two seasons at Paris Saint-Germain.  The Spanish coach ended his tenure having won the treble, but did miss out on the Ligue 1 title to AS Monaco in his first season.  Ultimately, it was the losses to Barcelona and Real Madrid in the Champions League that cost him his job at the Parc des Princes.

That’s to Arsenal’s gain.  The 46-year-old is football through-and-through, and as his CV shows, he’s also a winner.  As well as five trophies in two seasons with PSG, he also won the UEFA Europa League a staggering three consecutive seasons with Sevilla!  That’s what earned him his job in the French capital.

It was a spectacular feat that he accomplished in Spain.  He only became Sevilla manager in 2012 after a short, failed tenure at Spartak Moscow where the language barrier proved too much.  And even then he was only available for that job after Valencia needlessly dismissed him of his duties at the Mestalla despite qualifying for the Champions League again and again.  Just look how far back they went immediately after dismissing Emery – bottom half finishes and Gary Neville temporarily in charge.

Unai Emery is a master of the game and I strongly believe that the good times will be coming back to Arsenal.  Although they cannot compete with Manchester City and Chelsea financially, and even have some catching up to do with Liverpool, don’t rule out a top four finish in his first season.

The new coach has already brought in a dependable goalkeeper in Bernd Leno, and has arguably upgraded in defence with the signing of Sokratis Papastathopoulos – an area where Arsenal were dire last season.  He could even do with another centre-back before the start of the season.

Emery has also upgraded in holding midfield with the signing of Lucas Torreira. Arsène Wenger didn’t leave behind a single good player in this role so the Uruguayan can only be good news for the Gunners.

Going forward they don’t have too many problems.  They have goalscorers in Pierre-Emerick Aubameyang and Alexandre Lacazette, playmakers in Mesut Özil and Henrikh Mkhitaryan.  They’ve also got goals from Aaron Ramsey coming from deep.

There are several players the club could do with moving on though – Mohamed Elneny, Shkodran Mustafi, Granit Xhaka and Petr Čech won’t exactly be kind to the wage bill, and neither are they capable of being title-winning quality players either (or any longer, in Čech’s case).