Have Crystal Palace lost too many first team players? 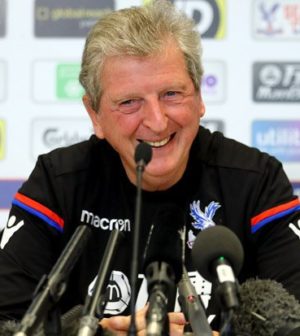 Crystal Palace pulled off somewhat of a miracle escape from relegation last season after starting the 2017-18 Premier League campaign with seven consecutive defeats without scoring a single goal.

In stepped Roy Hodgson to lead the Southeast London club to a remarkable 11h place finish.

However, will it be second season syndrome for the former-England manager?  Although Crystal Palace aren’t among the immediate favourites for relegation among the bookmakers, fans must be nervous heading into the new season with the current state of play in the transfer window.

While the likes of Brighton & Hove Albion, West Ham United, Fulham and Wolves have all added stars to their squad, the Eagles are going in the opposite direction.

With the transfer window set to shut on Thursday 9 August, Crystal Palace have so far only announced the signing of goalkeeper Vicente Guaita on a free transfer from Getafe.  Could this have anything to do with the threat of closure that the club faced in late May?

What’s more, the club has lost a number of players from last season.  Whilst getting the likes of Damien Delaney and Lee Chung-yong off their wage bill is all well and good, a number of first team regulars have also since departed.

Ruben Loftus-Cheek earned a place in Gareth Southgate’s England squad at this summer’s World Cup off the back of his performances on loan from Chelsea last season. He’s no longer with the club.  Likewise, impressive young defender Timothy Fosu-Mensah has returned to Manchester United from his loan spell.

Yohan Cabaye had been an influential player in the centre of Crystal Palace’s midfield over the past three seasons, making 31 Premier League appearances alone last campaign.  He was allowed to leave on a free transfer to join United Arab Emirates side Al-Nasr earlier this summer.

Bakary Sako had lost his place as a regular in the team but did play in nearly half of Palace’s Premier League fixtures last season, scoring three goals.  He too has been released.

Crystal Palace do have some exciting players in their squad but looking at them right now, unless they make some big investments over the next couple of weeks I would certainly have them down as relegation contenders.  And you can certainly expect their odds to drop should they sell Wilfried Zaha, who is strongly linked with a move away from Selhurst Park.