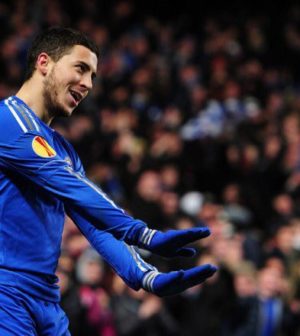 Reports suggest that Chelsea pulled off a significant coup by fending off the advances of Real Madrid and keeping hold of star player Eden Hazard. Los Blancos’ president, Florentino Perez, identified the Belgian as his top choice to take over from superstar Cristiano Ronaldo, who moved to Juventus earlier this summer. But the Blues’ hierarchy have held strong and Real Madrid are apparently put off by their unyielding demand for £200 million in exchange for Hazard. It represents a real shot in the arm for new coach Maurizio Sarri, who is ready to make Hazard his captain as he bids to rejuvenate Chelsea.

A week ago, the winger was odds-on to join Real Madrid before the summer transfer window slams shut, while Chelsea were out at 11/10 to keep hold of him. Now if you check the likes of  Bookmaker the best odds on the market you can find are Hazard odds-on to stay at Stamford Bridge, and out at 2/1 to join Real. The Champions League winners were only prepared to pay £150 million, but Chelsea said they must eclipse Neymar’s transfer to Paris Saint-Germain and make Hazard the most expensive player of all-time for them to consider a deal. Real Madrid have seemingly baulked. The significance of this news cannot be overstated.

The Blues were at a crossroads. Selling Hazard would have made them a selling club, and sent out a message that they are no longer one of Europe’s elite sides. But if they can keep hold of him and bring in top-class talent around him, it signifies ambition and a desire to catch up with and usurp the likes of Real Madrid. Chelsea have only ever displayed vast ambition in the 15 years since Roman Abramovich took over, ruthlessly pursuing world class players, bolstering their own squad and only selling on their terms. If they hold onto Hazard this summer, it will represent a show of strength and business as usual.

If you want to return to the summit of European football, you do not sell your best players. Hazard has been the most devastating attackers in the Premier League over the last five years and he is now in his prime. He could be a revelation at the Bernabéu, much as Ronaldo was after moving from Manchester United. Instead, Chelsea must convince him to stay. The best way to do that is to sign players that can help deliver trophies. They have already beaten Manchester City to the signing of Jorginho, and he will slot in alongside N’Golo Kanté to potentially form a world class central midfield. But the spine of the team still needs improving.

Álvaro Morata has not convinced up front and Olivier Giroud does not score enough goals, so it is great to see Chelsea in advanced negotiations to sign Gonzalo Higuaín from Juventus. Abramovich is highly likely to bankroll further signings before the 2018-19 season begins, showing he has not fallen out of love with the club. Bookmaker odds show that Chelsea are well behind City, Liverpool and United in the betting to win the 2018-19 Premier League title. Hardly anyone is backing them, and they have been totally written off.

But with Hazard leading the charge they could surprise a few people. The Blues won the title in both 2014-15 and 2016-17, while they have flopped in the years in between, so it could be time for them to seize the crown once again. Before each title win, they changed managers, and bringing in Sarri could be a masterstroke. He will bring discipline, but he should also get them playing exciting, free-flowing football that can drive fear into the hearts of their rivals.

Champions Manchester City look strong, but no team has successfully defended the title in a decade. Liverpool have spent a fortune on their team, but they are still expected to struggle at the back, while Manchester United seem to struggle going forward under José Mourinho, sometimes drawing games they should be winning. There is an opportunity for Chelsea to outstrip them all and convince Eden Hazard that this is the place to be to realise his ambitions.