3 reasons why Liverpool will win at Leicester today 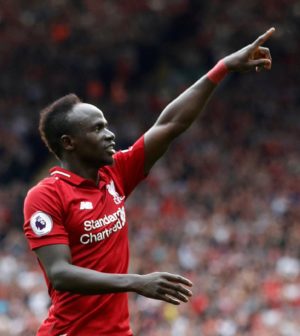 Liverpool kick off the Premier League weekend at Leicester City on Saturday lunchtime looking to maintain their 100% winning record to start the 2018-19 season.

Jürgen Klopp’s side have been boosted by the absence of the suspended Jamie Vardy for the home side, and given a second boost in the team that Claude Puel named a short time ago.

Here are three reasons why Liverpool will win at the King Power Stadium today:

Liverpool’s two wide men have started the season where they left off last campaign.  It would be easy to say that Mohamed Salah could have an excellent game against Leicester today, but he’s actually matched up against the better side of Leicester’s back four – Ben Chilwell and Harry Maguire.

I expected Sadio Mané down the left to be among the goals today.  The Senegalese is up against Ricardo Pereira and Wes Morgan – heaven for Liverpool fans. I’m not a fan of Wes Morgan and surprised to see him start today. Look for Roberto Firmino to pull him out of position or for Mané to simply waltz past him.

Summer signing Pereira is not good defensively. I wasn’t surprised to see him named as the right winger in Leicester’s opener against Manchester United and he subsequently struggled at right-back against Wolves – Maguire was actually moved from his left centre-back role to the right in that game to cover the Portuguese.  Watch out for Sadio Mané to rip the right-back apart today.

I rate Jamie Vardy but the former-England striker is serving the final game of his three-match ban. Otherwise he would have been a good test for the Liverpool defence that have kept clean sheets in each of their opening three games this season.

In Vardy’s place, Demarai Gray starts up front.  Usually a winger and one with good pace, Gray has yet to prove himself in the Premier League, particularly the final third.  What’s more, striker Kelechi Iheadnacho has been left among the substitutes – doesn’t say much at all for the Nigerian.  And rightly so, he’s looked woeful in the opportunities he’s been given by the Foxes.  Don’t be surprised if Liverpool keep another clean sheet today.

Similar to the above points, but generally all over the pitch. Leicester’s best matchup is James Maddison in the number 10 against James Milner.  Surprised not to see Fabinho handed his first start today as the Brazilian could have sat on the youngster.

Otherwise, the matchups all favour Liverpool in my opinion.  The two full-backs can bomb on to support the attack and put balls into the box for the front three to attack. As I say, two of Leicester’s back four are poor, and they’re going up against a great front three for Liverpool.

Liverpool are 1.47 to beat Leicester City with Betfair for any punters out there.