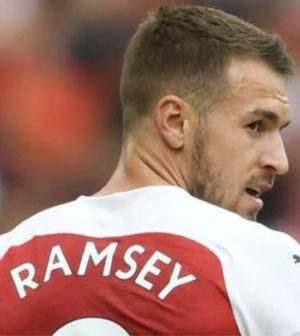 Arsenal will be looking for their second win of the 2018-19 Premier League season whilst newly-promoted Cardiff City go in search of their first at the Cardiff City Stadium in under an hour’s time.

Neil Warnock’s side have failed to score in their opening three games and had goalkeeper Neil Etheridge to thank for their first of two points by saving Kenedy’s stoppage time penalty against Newcastle United two weeks ago.

The Gunners were given a tough two opening games with Manchester City and Chelsea, before beating West Ham United last weekend.  They should find things easier in Wales this afternoon where Pierre-Emerick Aubameyang can be expected to score his first goal of the season.

Here are the two confirmed lineups for this afternoon’s game:

The hosts have gone with a 4-5-1 formation that will turn into a 4-3-3 when on the attack with Junior Hoilett and Bobby Reid down the wings, supporting striker Danny Ward.

Pierre-Emerick Aubameyang has been moved out to the left wing as Alexandre Lacazette starts up front this afternoon.  There is a recall for Mesut Özil in the number 10 role.