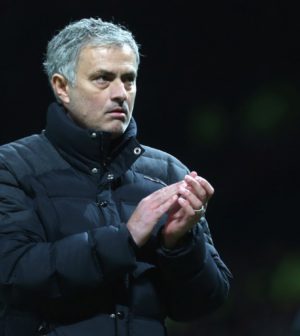 Can Manchester United get their act back together sufficiently to mount a realistic challenge for winning the Premier League this season? Gary Pallister, the former Manchester United defender believes José Mourinho has a tough job on his hands; especially given the fact that rivals Manchester City have such deep pockets when it comes to making new, important, and telling signings.

Having lost two of their opening games to Brighton & Hove Albion and Tottenham Hotspur before the international break, it certainly didn’t look like Mourinho’s men were up to the task. But their win against away at Burnley has saved the Red Devils more blushes. However, the bookmakers don’t rate United’s chances of winning the league too highly and are quoting their chances at odds of 40-1 against.

Speculation that José Mourinho’s position could be in danger has been rife. As Ryan Giggs said in his recent interview on Sky News, it is too early in the season to call, but it is the way football is at the moment. Lose two games, and the pressure starts to mount.

The international break may aid Mourinho’s cause, especially if the players called up can remain injury free. Luke Shaw is the one who immediately springs to mind in terms of fitness having been rendered unconscious for a few moments during England’s recent match against Spain at Wembley.

As Gareth Southgate said, Shaw will be subjected to the standard concussion protocols whereby he will have to remain inactive for seven days. He has since been seen driving himself to United’s training ground whereby he will undergo tests to ascertain the extent of the injury and its repercussions in terms of time out.

Hopefully, he will be fully fit almost immediately, but he will have to miss United’s home against Watford on Saturday as he observes the seven day abstention rule.

Concerning Mourinho’s position as The Red Devil’s manager, there may be good news on the horizon for the Portuguese coach. It is well known that there has been some bad feeling between him and Vice Exec chairman Ed Woodward. It was heightened by United’s lack of ability to secure the five new signings Jose Mourinho wanted during the summer transfer window.

To remedy this, and in what is being seen as support for Mourinho’s continued role with the club, Woodward is proposing appointing a Director of Football.

This would be a brand-new position in the Manchester United management team, and one that should enable the club to perform better in the transfer market. It ought to allow United to compete on more equal terms with their rivals for the Premier League crown, and could be the first stage of bridge building between Mourinho and Woodward.