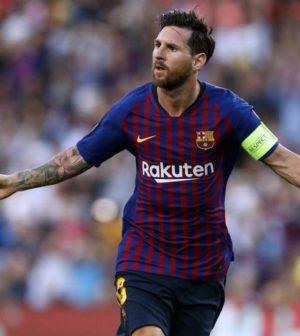 Former player Graham Roberts has shared his reaction to Tottenham’s defeat against Barcelona on Twitter.

The club legend believes that Tottenham paid for their mistakes against the Catalan giants. He also praised Lionel Messi for his outstanding display against the Londoners.

The former Spurs player also suggested that someone should have man-marked Messi out of the game.

I have to say what a player MESSI IS he totally dominated the game , but the goals we gave away were all mistakes by us

The Argentine scored a brace at Wembley and he was unplayable for most parts of the game.

Spurs could have defended better last night and Roberts’ reaction is certainly justified. Hugo Lloris could have prevented a couple of goals with positioning himself.

Tottenham have now lost both of their games in the Champions League and they will need to step up and deliver in the next game. With Internazionale and Barcelona well ahead, Pochettino’s men cannot afford to slip up again.

It will be interesting to see if the Premier League outfit can bounce back from this start and make it to the next round of the competition.