Who would be top of the Premier League with VAR? 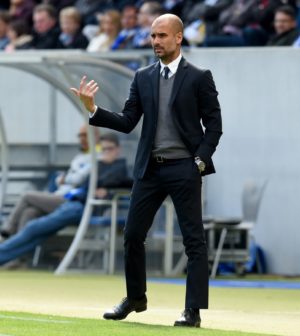 The Video Assistant Referee (VAR) system has had a dramatic – and often controversial – impact on football since its introduction.

After a mixed inaugural season in Serie A and the Bundesliga, it came of age during the World Cup in Russia, during which it received a generally positive reception.

It wasn’t without its flaws though and several referees claimed that match officials were under pressure to overturn their original decision once VAR stepped in. These decision altering moments changed the odds on Paddy Power, but whether or not the decisions benefitted punters remains to be seen.

The Premier League however, has been less eager to implement the system. With rumours circling that initial trial games will be taking place shortly in preparation for a full rollout next season, we take a look at how the table thus far would be different had VAR been introduced from the beginning of the 2018/19 season.

Presuming the Premier League uses the same rules as FIFA did in Russia, VAR would be looking for ‘clear and obvious errors’ in four areas of the game: goals (including offsides and fouls in the build-up to them), penalties, straight red cards, and instances of mistaken identity.

When assessing the opening 60 games of this season, VAR would have hypothetically only affected the final outcome of one game in total. Of course, this contains the obvious caveat that football is a game based on momentum, meaning it’s impossible to say what would happen after a goal had been disallowed or a player sent off in our alternate VAR reality as opposed to what occurred.

Most prominently, champions Man City would likely have secured a 100% start to their season and would be sitting alongside Liverpool, Chelsea, and Watford had VAR been in play.

Wolves broke the deadlock in their 1-1 draw with the champions in August thanks to a Willy Boly goal that, as seen clearly in subsequent replays, was as a result of a handball. Not even Man City players appeared to catch it at the time, with no one appealing, and the goal stood.

Had VAR caught it, Man City would now potentially top the league on goal difference.

Elsewhere, margins of victory and contentious fouls would likely have been affected.

Somewhat subjectively, Chelsea may have not had to endure late drama in their ultimate victory against Newcastle. In the build-up to Newcastle’s leveller, there was the suspicion of a trailing elbow from DeAndre Yedlin on Olivier Giroud before he went on to assist Joselu. Upon examination, VAR officials could have disallowed the goal and left Chelsea with a clean sheet and a superior goal difference.

Marcus Rashford saw red in Manchester United’s victory over Burnley before the international break due to a head-butt on Phil Bardsley that was in reaction to a subtle kick.

Referee Jon Moss did book the Burnley defender for his part in the melee but, had he been given a chance to watch replays, could have easily also shown Bardsley a red for the initial kick out at Rashford.

Burnley could have even been reduced to 9 men in the same game had Jon Moss seen the deliberate handball of Ben Mee as he frantically chased Romelu Lukaku who was through on goal. As it stood, despite much protesting, United were the only ones to see red.

Sherwood and Hoddle believe Marcus Rashford’s red was warranted, but did Burnley’s Ben Mee get away with a deliberate last-man handball?#Rashford #BURMUN #RashfordRedCard #OptusSport pic.twitter.com/Lx7H2LAZUO

Elsewhere, the 0-0 draw between Cardiff and Newcastle should have seen two red cards, thanks to a two-footed challenge from Harry Arter and a separate kick-out from Newcastle’s Kenedy. Craig Pawson missed both and both teams avoided retrospective punishment.

In terms of penalties, Arsenal would almost certainly have been given a penalty with VAR during their 2-0 defeat against Man City on the opening weekend. Benjamin Mendy was seen to be pulling on Arsenal defender Shkodran Mustafi during a corner with little attempt at playing the ball, something that was missed by referee Michael Oliver.

With red cards changing the momentum of a game significantly, it may well have been possible for Unai Emery’s side to have begun with a victory over the champions had VAR been utilised since day one.

Man City, it seems, could have both benefited from and been the victims of VAR changes had the system been in place. They would be sitting top of the table on goal difference, one place above Liverpool, as opposed to the second place behind Liverpool they now find themselves in.

Ultimately, despite repeated calls for its introduction, VAR would have actually changed very little in these opening six game weeks. An indication, perhaps, that even with the ever-expanding presence of technology in the game, the Premier League still possesses a number of referees that know how to manage a game rather well.