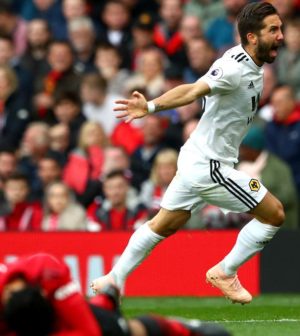 A number of new faces and stars arrived to the Premier League over the summer aided by the huge television deal over the past couple of years that have given the top 20 clubs in England a landfill of cash to spend.

Here are four summer signings we think have made the most impressive starts:

Napoli narrowly missed out on the Italian Serie A title to Juventus with a deep in form at the very end of the season. One of their stars whom had helped them challenge for the Scudetto was Italian international Jorginho.

The midfielder scored five goals and assisted five more, earning him a £57 million move to Chelsea this summer after manager Maurizio Sarri had already gone in the same direction.

Jorginho has already been an important part of the Chelsea side that have won five of their opening six Premier League matches, completing more passes than any other player in the division so far. The former Hellas Verona and Napoli player controls the game in the middle of the park for the Blues, allowing the likes of N’Golo Kante and the full-backs to bomb forward.

Leicester City splashed out £24 million on 21-year-old James Maddison from Championship side Norwich City. The attacking midfielder is both a playmaker who is capable of scoring a few long-range goals.

Maddison has made an immediate impact in the Premier League with three goals and an assist in his opening six games and forming a good partnership with Jamie Vardy in the couple of games they have played together. The Foxes are 2/1 to win at Newcastle with the current Betfair odds on the Premier League.

Having failed to produce the goods at Newcastle United, Aleksandra Mitrovic joined Fulham on loan at the end of the January transfer window and helped fire the Cottagers back into the Premier League for the first time since 2014.

The Serbian international has carried his Championship form into the Premier League by scoring five goals in his first six matches of the season; 63% of the team’s total goals.

Joao Moutinho joined the Portugal invasion in Wolverhampton this summer following a £5 million move from AS Monaco. The Portuguese international has joined fellow countryman Ruben Neves in the centre of midfield in helping Wolves take points from both Manchester City and Manchester United, in which he recorded his first assist and goal in those games, respectively.

The West Midlands club have lost just once in their first six matches to start the season as they currently hold a top half spot in the table.