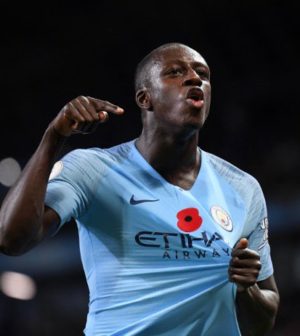 Manchester City left-back Benjamin Mendy has undergone surgery on the cartilage in his left knee.

So far no timescale has been given on the 2018 World Cup winner’s return to action.

Other knee was jealous but the operation went well and its all good now ? be back soon guys u just have to found another FPL captain for some games ?✌? https://t.co/RD5ZGGkhMS

The 24-year-old had made a successful return to action this season, notably by setting up both goals in the Citizens’ 2-0 win at Arsenal in their first game.

Benjamin Mendy had been due to join up with the France squad for their final UEFA Nations League group stage match this week but has subsequently withdrawn and headed to Barcelona for surgery instead.

The full-back has made 12 appearances so far this season and played the full 90 minutes in Sunday’s 3-1 victory over rivals Manchester United.