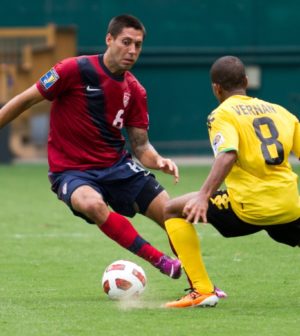 More often than not, Premier League teams will pay over the odds to land a mid-season signing. Whether it’s a player that is likely to enhance their title challenge, or someone who can get you out of the relegation mire, January additions are essential to replenishing a top-flight squad. Here, we take a look at the four best Premier League January signings of all-time.

Premier League strugglers Fulham opened up the cheque book in the winter of 2006, signing Major League Soccer star Clint Dempsey from New England Revolution. The USA international signed for Roy Hodgson’s side for £4m, and made a lasting impression in his five years in west London.

The attacking midfielder proved to be one of the most effective players in the Premier League during his tenure, scoring a variety of goals and was often the forefront behind the Cottagers’ attacking prowess. Memorably, Dempsey scored the winner against Liverpool in 2007 which ensured Fulham’s Premier League status and also scored a chip from outside the box against none other than Juventus’ Gianluigi Buffon, en-route to the UEFA Europa League Final in 2010.

Birmingham City looked destined for a return to the second tier in 2003, until a certain French striker arrived on loan from Bordeaux. Christophe Duggary, a World Cup winner with France in 1998, turned up at St Andrews and promptly saved the Blues from relegation.

Despite not having the strongest goal scoring pedigree, Dugarry went on to score five goals in four games which ultimately saved Steve Bruce’s job. However, once the loan deal was made a permanent one in the summer, Dugarry couldn’t replicate his stunning form and was shipped out to Qatar.

Arguably the best striker to be signed by a Premier League side in January, Luis Suárez moved to Liverpool in 2011 for £22.8m. The explosive Uruguayan hitman lit up Anfield during his three-year stay, notching 69 goals in just 110 appearances.

Although Suárez generated a lot of controversy in his time in England, the talisman is still one of the hottest strikers ever to grace England’s top-flight and has gone from strength to strength since signing for FC Barcelona in 2014. His stay was short but sweet, but his impression lasting.

On a personal level, Vidić was included in four PFA Team of the Year sides and was twice voted the Premier League Player of the Season. Not bad for a £7m capture from Spartak Moscow. Unsurprisingly, Vidić is regarded as one of United’s best ever defenders.

Another mid-season coup for the Red Devils, this time in the shape of left-back Patrice Evra. The £5.5m signing from Monaco signed in the same window as Vidic and formed part of a formidable United defence.

Evra won the same number of trophies as Vidic during his eight year spell, and was named in the UEFA Team of the Year for his performances during the 2008-09 season. The French international was instrumental in his time at Old Trafford and is widely considered to be one of their best ever left-backs. Its unlikely players of Evra’s quality can be poached in this January window, but all the latest football odds are available here: https://www.betfair.com/exchange/plus/football/competition/10932509.