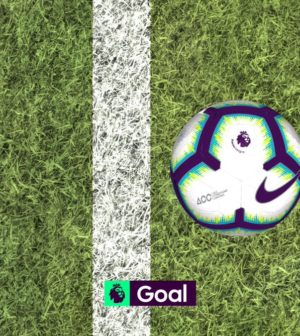 Manchester City narrowly scraped three points from Turf Moor this afternoon with a narrow 1-0 win against Burnley to return to the top of the Premier League.

The home side started well and would have seen Chris Wood go through one-on-one with Ederson but for a poor first touch.

Pep Guardiola’s side upped their game after the break, firing in numerous efforts on Tom Heaton’s goal.

The Citizens eventually got the breakthrough midway through the second half when Sergio Agüero scrambled the visitors in the lead, a goal that was only awarded by the goalline technology notifying the referee.

Replays showed that the Argentine’s 20th goal of the seaso only crossed the line by a mere 29.51mm.

Gabriel Jesus later had an effort cleared off the line by Ben Mee as City failed to add a second to the score.

Burnley didn’t trouble Ederson in the second half but it would have been a nervy finish for Manchester City fans regardless.

Guardiola’s side now back to the top of the Premier League, one point ahead of Liverpool with Leicester City (home) and Brighton & Hove Albion (away) to come in their final two games.