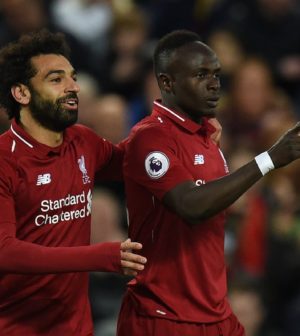 Liverpool are set to take on 2018-19 La Liga champions Barcelona in the first leg of their UEFA Champions League semi-final at Camp Nou this evening.

Jürgen Klopp has every reason to be confident in his side getting a result in Spain this evening and progressing to this season’s final.

Barcelona were able to rest some of their star players over the weekend, which included Lionel Messi only making a substitute appearance.

Here are the two confirmed lineups for this evening’s game:

Former Liverpool favourites Luis Suárez and Philippe Coutinho are both named in the Barcelona starting lineup, alongside Lionel Messi in a front three.

Ernesto Valverde hasn’t thrown any surprises on us as he goes with the starting XI we predicted earlier today.

Jürgen Klopp springs a few surprises in his starting lineup as it appears he’s switched from his regular 4-3-3 to a 4-4-2 formation. Roberto Firmino is benched as Naby Keïta comes into midfield.

At right-back there is a start for the more defensive Joe Gomez, in place of the attacking Trent Alexander-Arnold. The German manager has Firmino, Divock Origi and Xherdan Shaqiri as attackers on the bench.