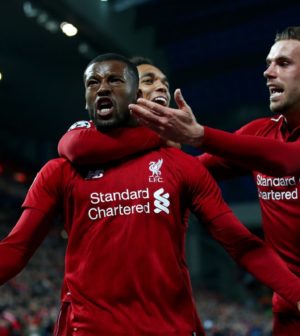 2 – Georginio Wijnaldum became the first substitute to score twice in a single game against Barcelona in the Champions League.

3 – Barcelona were eliminated in the quarter-finals of last season’s Champions League having also won the first leg 3-0.

3 – Jürgen Klopp has reached a European cup final in all three of his campaigns as Liverpool manager (The Reds did not qualify for either competition for the 2016-17 season).

3 – All three of Georginio Wijnaldum’s Champions League goals for Liverpool have come in semi-final ties.

4 – This was just the fourth time a team has overturned a three-or-more goal deficit from the first leg of a knockout tie in the Champions League era to progress.

8 – Lionel Messi was involved in all eight of Barcelona’s effort on goal, attempting five and creating three (three).

50 – Divock Origi became the 50th different player to score in the Champions League for Liverpool.

75% – Barcelona have been eliminated from three of their past four semi-final ties.