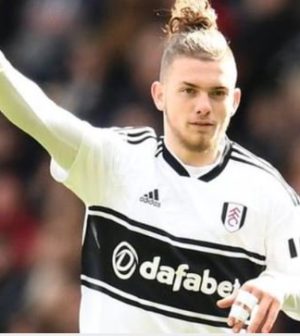 Fulham’s Harvey Elliott became the youngest ever Premier League player at 16 years and 30 days during Saturday’s 1-0 defeat at Wolverhampton Wanderers.

The midfielder made his Premier League debut in the 88th minute, replacing André-Frank Zambo Anguissa at Molineux.

Former Fulham left-back Matthew Briggs previously held the record, set on 13 May 2007 when he was 16 years and 68 days old. Now 28, Briggs is currently playing for Maldon & Tiptre in the Isthmian League North Division.

Harvey Elliott was born on 4 April 2003, and became Fulham’s youngest ever player earlier this season when he came on as a substitute appearance in the EFL Cup third round in September, aged 15.

The teenager will be sitting his GCSEs in only a few weeks’ time.

Manager Scott Parker sent out his preferred side for their trip to Wolves on Saturday, with Elliott the only teenager named among the substitutes, suggesting that the former England international really believes there’s a bright future ahead for this debutant.