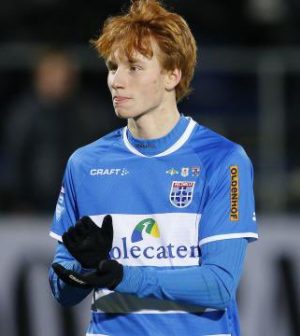 Liverpool have joined the list of top European clubs who are rumoured to be interested in PEC Zwolle’s Sepp van den Berg, according to reports.

The 17-year-old impressed during 15 Eredivisie appearances (10 starts) this past season. He made his debut in a 2-0 defeat at FC Utrecht at the start of the season when he was only 16 years old.

According to the BBC, Ajax, Bayern Munich, PSV Eindhoven and Sampdoria are also trailing the teenager.

The Reds already have one of the best centre-backs in the world in fellow countryman Virgil van Dijk, but van den Berg certainly wouldn’t be expected to be thrown in as a starter immediately, should he join the Merseyside club this summer.

Van den Berg stands at 6’2″ and has six caps for the Netherlands under-19s. The report does not state what sort of price Liverpool or any potential buyer would be looking to pay for the youngster.

Liverpool are yet to announce any new signings since winning the Champions League at the start of the month.