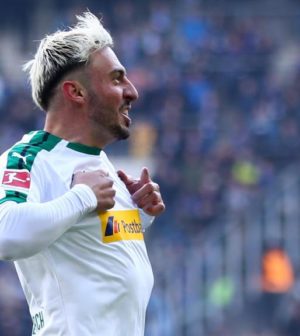 Both clubs have agreed not to disclose the fee, whilst the Canaries confirmed on their official website that the 26-year-old has signed a three-year deal at Carrow Road.

It appears to be a risky move by the East Anglian club, reminiscent of their last Premier League campaign when they signed Ricky van Wolfswinkel. The Dutch striker ended up scoring just once in 25 appearances in the top flight.

Drmić hit the heights five seasons ago when he scored 17 goals in 33 Bundesliga appearances (30 starts) for FC Nürnberg. However, he’s failed to shine in his subsequent moves to Bayer Leverkusen, Hamburg and Gladbach – scoring a total of 13 goals in 74 league appearances, albeit only 22 starts.

The striker played at both the 2014 and 2018 World Cups and has 10 goals in 32 senior international appearances.

Norwich City arrive in the Premier League as winners of the 2018-19 Championship under German manager Daniel Farke. Their striker Teemu Pukki was the league’s top goalscorer last season.