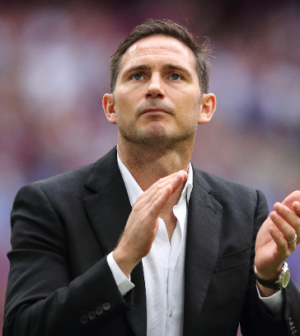 Chelsea plan to announce Frank Lampard as Maurizio Sarri’s replacement before the players return for pre-season training next Friday, according to reports.

The squad are due to report back at Cobham in a week’s time before they fly out to Dublin for two pre-season matches, followed by a trip to Japan.

It’s been one of football’s worst kept secrets this summer that Chelsea legend Lampard is set to be appointed their new manager.

In his first season as a manager, Chelsea’s record goalscorer took Derby County to the Championship play-off final last month, where they were beaten 2-1 at Wembley Stadium by Aston Villa.

The Rams gave the Premier League club permission to speak to their boss on Tuesday. The Sun are now reporting that it’s a matter of when and not if, Lampard will be announced as their new manager.

Lampard’s former teammate at Chelsea, Claude Makélélé, has already been appointed as technical and performance adviser, whilst the new manager is expected to bring coaches Jody Morris, Shay Given and Chris Jones along with him from Pride Park.

This seems to be a sensible appointment from the Blues as they are about to head into a two-window transfer ban.