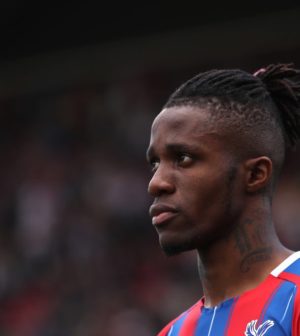 Every summer has seen the net total value of transfers increase, and with the likes of Christian Eriksen and Antoine Griezmann reportedly commanding nine-figure sums, the world is witnessing prices soar to truly jaw-dropping levels.

Last week, the ‘beautiful game’ lurched yet further towards insanity, with Manchester United purchasing Crystal Palace defender Aaron Wan-Bissaka for £50 million. Wan-Bissaka’s first full-season of Premier League action undeniably was strong and impressive. This provides us with the sheer muscle that the biggest clubs of Europe have, and just how reactionary the nature of transfer dealings has become.

There is no doubt that there has never been a worse time for a top club to suffer a period of absence from the Champions League. Of the Premier League’s perceived ‘elite’, it is Arsenal that most prominently serve as a prime example of why this is the case.

It is a sum that has split opinion, though Crystal Palace are said to be ‘incensed, but from a neutral standpoint, £40m represents both bargain and gamble in the context of Arsenal’s current situation.

Is Croydon-Bred Zaha Worth £40m?

Painful as it may be to note about a natural talent, Zaha’s only experience is of mid-table duels, and with the pressure on Arsenal to finish in the top four heavier than ever, signing Zaha for such an amount would represent a significant gamble.

Thus, if Palace demand more than the £40m Arsenal lodged, up to a possible £70m, then few could blame Unai Emery for seeking some new targets, as he looks to make good on Arsenal’s standing as one of the sports spread betting favourites to lift the Europa League.

Even though Zaha’s career has been played out almost entirely in the humble surroundings of Selhurst Park, there are still certain battling qualities that have prevailed throughout. Few would argue that those qualities could certainly be an asset in North London, having been so conspicuously absent from the Arsenal squad last season.

A Man Before His Time

Indeed, his Palace debut (in March 2010) came at a time when the club was just weeks away from apparent extinction, and this trial by fire ensured that he became a man before his time. During the early 2010s, his ability to adapt to adversity was further evidenced by his development into a striker, under former Palace hitman Dougie Freedman.

Sadly, for Zaha, Palace’s promotion coincided with the biggest blight on his career, with the Ivorian joining David Moyes at Manchester United. He made just two appearances after signing for the Red Devils in 2013, and while much of this was down to David Moyes’ decision to loan him out, the bare fact that he was unable to break into the United squad with any conviction remains a sticking point, regardless of the reason.

After re-joining Palace ahead of 2014/15, and once more becoming a permanent signing in that season’s January window, he discovered his true role, as one of the ever-growing number of ‘wide attackers’ in the top leagues of Europe. Since then, he has succeeded where the likes of Christian Benteke and Jordan Ayew have failed so conspicuously, proving his ability to carry a team away from the slough of despair.

Zaha’s pace has always been an asset, but much like the Arsenal squad he could yet join, he must show the same professionalism on a wet Wednesday at Bramall Lane as he would on a star-studded evening at the San Siro.

Strangely, Zaha’s enigmatic unpredictability remains his greatest strength, and his most profound weakness. Though he would have plenty of forgettable performances at Arsenal in the event of a move, there is the tantalising prospect of him playing to his strength on the counter-attack, to the benefit of the 2018/19 Premier League’s joint-top scorer Pierre-Emerick Aubameyang.

While Palace’s fury at Arsenal’s first bid is understandable, few clubs will be willing to raise Arsenal’s £40m bid. Even fewer would be prepared to spend the apparent £70m that Unai Emery is reportedly prepared to offer in his second approach.

In the end, a fee between those two extremes may serve as a compromise between the two clubs, and as with any high-profile transfer, only positive results yielded directly from Zaha’s signing would justify the means.