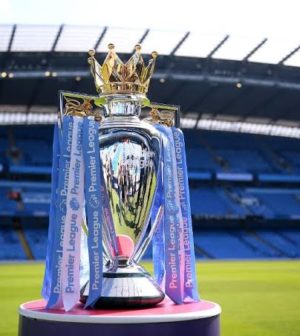 Back-to-back Premier League champions Manchester City have been made odds-on favourites to win their third successive under Pep Guardiola ahead of the 2019-20 campaign.

The Citizens had to gain 98 points to edge Liverpool to the title in a thrilling end to last season’s title race as part of a domestic treble for Guardiola’s side. However, they did fall short in the UEFA Champions League, where they were eliminated in the quarter-finals by Tottenham Hotspur.

Manchester City’s odds are as short as 33/50 heading into the new season, ahead of second favourites Liverpool, who can be found at 11/4. Sometimes odds in football can be confusing. Different bookmakers have their own default way of displaying the odds for their users.To understand odds better you can go to www.soccerbetting365.com/guide/understanding-odds where you can learn all about different types of odds. If you are a complete beginner if it comes to sports betting you can also check out  www.soccerbetting365.com/betting-terms  and get familiar with all the betting terms, from A to Z.

Only four teams in the history of English football have won the title in three consecutive seasons – Huddersfield Town, Arsenal, Liverpool and Manchester United (twice). Manchester City are looking to join these historic achievements, and who knows, perhaps make it four in a row the following season?

The Champions League is a similar story as City are 9/2 favourites, narrowly ahead of Spanish La Liga giants Barcelona (6/1). Reigning champions Liverpool are third favourites at 15/2, followed by Real Madrid at 8/1.

Barcelona are clear favouritse to defend their La Liga title and will be looking to rebound from their embarrassing semi-final exit in the Champions League last season. Ernesto Valverde’s side have signed Antoine Griezmann and Frenkie de Jong already this summer.

Manchester City have been fairly quiet so far this summer, with the only notable transfer being left-back Angeliño back from PSV Eindhoven and central midfielder Rodri from Atlético Madrid. However, they’re already loaded with talent in the form of Sergio Agüero, Kevin De Bruyne, Raheem Sterling, Bernardo Silva, Fernandinho and Aymeric Laporte among many others.

Angeliño could see a lot of action depending on the fitness of Benjamin Mendy. The French international has barely been fit at all during his move to the Etihad two years ago and his attitude has not pleased his manager either. Oleksandr Zinchenko started 14 games there last season but isn’t the best defensively – he is naturally a winger after all.

The defence in general could do with another player. Vincent Kompany left this summer whilst neither John Stones nor Nicolás Otamendi have ever been dependable in the middle.

So can Liverpool pip Manchester City to first place and win their first Premier League title? It’s going to be a tough ask for the Merseyside club but they certainly shouldn’t be ruled out based on what they accomplished in Europe last season and how they pushed City all the way domestically.

Jürgen Klopp’s side have a very talented attacking trio with Mohamed Salah, Sadio Mané and Roberto Firmino, whilst Divock Origi came good at the very end of last season.

In Virgil van Dijk they have a top centre-back whilst full-backs Andy Robertson and Trent Alexander-Arnold are very good in supporting the attack. Somewhat surprisingly, the Reds have not added to their squad so far this summer.