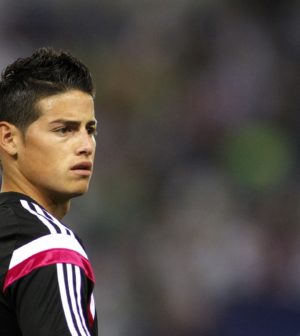 The football season is back, with all of Europe’s elite starting their campaigns this month. The Premier League, French Ligue 1, Spanish La Liga, Italian Serie A, German Bundesliga, Portuguese Primeira Liga and Dutch Eredivisie all get underway soon and if you fancy a punt, visit: https://www.betfair.com/exchange/plus/.

But football is a funny old game – one year you can play for one of the best teams in the world and the next, you can disappear off the face of the earth, playing for some really far-fetched, some might say, mediocre club, often away from the continent. There have been some top-quality players amongst Europe’s elite leagues that have faded into obscurity and here we run through some of the most recent forgotten men of European football.

Once dubbed a ‘wonderkid’, while injuries have plagued Ibrahim Afellay’s career, particularly over the last few years, he’s never really reached the potential expected of him. In 2008/09, he notched 13 goals in the Eredivisie for PSV Eindhoven and from this point, European clubs were on his radar. Later signing for a modest fee of £2.7m to Spanish giants, Barcelona, Afellay looked set to match the hype; however, a hamstring injury during pre-season ahead of the 2011/12 campaign soon caused a downward spiral. Loan spells with Schalke 04 and Olympiakos followed before he joined Stoke City on a free transfer, following Barça teammate, Bojan Krkić. After injuries and a fall-out with then-Potters’ boss Paul Lambert, Afellay’s contract was terminated in January 2019 and five months later, he returned to PSV.

L’Equipe once referred to him as “La Successeur”, in reference to Zinedine Zidane, but Yoann Gourcuff never lived up to the billing. Beginning his career at French club Rennes, where his father was manager, he quickly got a reputation as a creative attacking midfielder with the ability to assist and score goals. With several clubs interested in 2006, he moved to the San Siro, joining AC Milan for a fee of €4.58m. However, a combination of culture shock and ‘peaking too early’ caused Gourcuff to return to France, with a loan spell at Bordeaux. He joined the club permanently the following season, but with injuries taking their toll, Gourcuff joined Lyon. Again, injuries ravaged his time at the Parc Olympique and largely unsuccessful spells at Rennes and Dijon followed. His contract with the latter ended in January of this year and the ‘next Zidane’ has been a free agent ever since – he’s still only 33.

Ahh, Alexandre Pato, another ‘wonderkid’ and another Brazilian footballer to disappear to Asia to play in the Chinese Super League. His time at AC Milan was largely successful, with Pato winning the Golden Boy and Serie A Young Footballer of the Year awards in 2009, as well as scoring 18 goals in 42 games that year. Again, injuries caused his decline and, in a bid to rebuild his career at the age of 24, he returned to Brazil, signing for Corinthians (at a cost of €15m). Loan spells at São Paulo and Chelsea followed, with the latter proving to be a massive disappointment, so Pato joined Villarreal for a mere €3m. At the age of 28, he decided to cash in on China’s extortionate wages and tore up the Super League with 36 goals in 60 appearances for Tianjin Tianhai – as this video shows:

How could we forget the 2014 World Cup and performances of Colombian, James Rodriguez? He scored six goals, assisting two and received many accolades from the media and his fellow players. At this point, he was still under contract at AS Monaco, but it wasn’t long before he put the rumours to bed by signing for Real Madrid, for a fee of £63m – the most expensive Colombian to date and at the time, the fourth-most expensive player in history. In his debut season, James suffered a metatarsal fracture which kept him out for two months while the following season, he was a bit-part player, as he fell out of favour with Rafa Benitez. Then, deemed surplus to Zidane’s requirements, James handed in a transfer request and was sent on a two-year loan deal to Bayern Munich, with the option for the club to buy him afterwards. In two seasons at Bayern, he scored 15 goals in 67 appearances (all competitions), but has since returned to Los Blancos, so who knows where his future will be – especially with Zizou in charge.