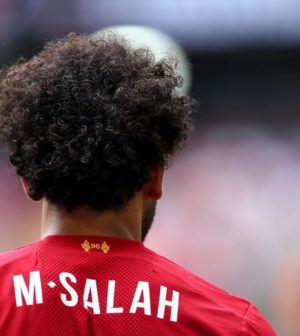 The 2019-20 Premier League campaign kicks off at Anfield this evening as Liverpool host Norwich City.

Jürgen Klopp’s side are widely-expected to get off to a great start to the season against the newly-promoted Canaries.

Norwich boss Daniel Farke said in the build up to the game that his side would not park the bus. They were leaky as it was in the Championship last season…

The two teams have been confirmed as:

Sadio Mané wasn’t expected to start for Liverpool after a short summer having reached the African Cup of Nations final. The Senegalese star is on the bench though as Divock Origi starts.

There are no surprises in the Liverpool starting lineup, with fit again Joe Gomez to partner Virgil van Dijk in the middle of defence.

Norwich City spent very little over the summer Daniel Farke picks a starting XI from players who helped the club gain promotion from the EFL Championship as winners last season.

Several summer signings are among the substitutes however, including Patrick Roberts and Josip Drmić.