The Bombshell of VAR on the Premier League 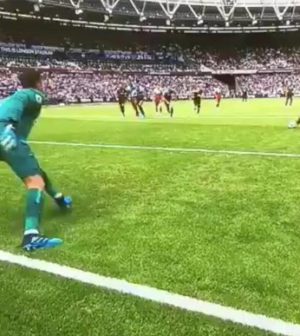 The first weekend of Premier League football is now complete where we have seen goals galore, whether through skill, luck or controversy, but everyone is excited for the season ahead. Will Man City dominate the league once again after their incredible win this weekend? Check out the Premier League betting odds and see who the bookies have down as winners. There is one big change in the Premier League this year to consider before making predictions, and it is the roll out of VAR across the division. We saw VAR introduced in some competitions last year, where it sparked controversy, but expect to see even more VAR decisions this campaign.

VAR stands for Video Assistance Referee but it is made up of a group of people re-watching particular footage from many different camera angles to make a more informed decision during a game. There are similar systems in other sports such as Rugby and Cricket, but with Football becoming more and more opinionated within grey areas, VAR is set to make a large impact on the way a game is played out. VAR is used mainly to confirm/deny, goals, penalties, red cards and mistaken identity.

This season there have been a few changes to VAR and how we have previously seen it, for example, in the 2018 World Cup. One of the biggest examples of VAR being used in the Premier League this season is displaying the evidence to the fans. In the stadium, the screens will demonstrate not only when VAR is in use but also showing some replays to fans so they can see what happens.

You’ll find many opinions being discussed on VAR at the moment, and it’s interesting to hear people’s different opinions. A well-known advocate for VAR is Gary Lineker who is often found discussing VAR on Match of the Day or his Twitter page.

Not much point diving in the box so ludicrously now with VAR. Hopefully in time it will largely eradicate it.

There has to be some element of rules enforced into football where the grey areas become more black and white. This weekend we saw Manchester City have a goal disallowed against West Ham United by VAR – not that it mattered because they still won 5-0, but it was great to see VAR in true action. It was ruled that Raheem Sterling was in an offside position when he scored the third goal for City, the goal was disallowed and the footage was put on screen. There was also more controversy in the game when City were asked to retake a penalty.

Aguero stepped up to take the only penalty of the game, denying Sterling his first hat-trick opportunity – he missed. However, in came VAR, and decided that the penalty should be taken again. It was decided that Lukasz Fabianski had come off his line before Aguero had met the ball, meaning that Aguero was given another chance – and he took full advantage of it.

Although the game had some controversial moments, it came with absolute certainty that every player knew where they stood, you’re either wrong or right, and the ‘grey area’ margin is significantly less than before. Although there has been some debate on just how definitive it can get. A player gets no advantage from being 1mm offside, so should there be a certain amount of room for adjustment? The first of many debates took place on Match of the Day last weekend and no doubt there will be more.

We suspect there will be many chats like this about VAR this season!

The first game of many in the Premier League that will see VAR controversy this season, no doubt. Everyone has an opinion on whether they believe VAR will ruin the spirit of the game, but is that spirit any good when there are so many opinions and so little facts? In the words of Phil Neville, “We’ve all voted for it, now let’s get on with it”.

If anyone knows the pain of VAR it's Phil Neville. pic.twitter.com/eLr6YMKN6V