Liverpool: Only team with 100% start after 3 games 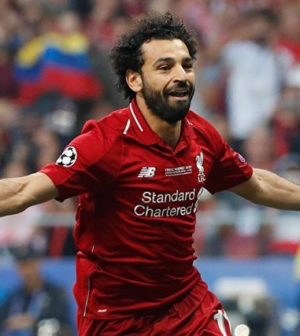 Liverpool made it three wins out of three to start the 2019-20 Premier League season and go top of the table alone on Saturday.

The Reds were comfortable 3-1 winners over Arsenal at Anfield on Saturday evening in a game they dominated possession and territory before taking their foot off the pedal after scoring the third goal.

Arsenal have a woeful record at Anfield in recent seasons but manager Unai Emery may have found a couple of positives to go home with after this game.

Heading into the match these were the only sides carrying a 100% win record from the first two rounds of the season. Victory for Liverpool seems them move three points ahead of the Gunners in second place, whilst Manchester City, Tottenham Hotspur and Bournemouth can all close the gap to two points on Sunday.

Arsenal were resilient for the opening 40 minutes as they held out Liverpool’s onslaught. Nicolas Pépé and Pierre-Emerick Aubameyang both squandered very good opportunities for the visitors on the counter attack.

Jürgen Klopp’s side finally made the breakthrough when Joël Matip rose the highest to head home a Trent Alexander-Arnold corner five minutes before half-time.

David Luiz tugged Mohamed Salah down inside the penalty area within five minutes of the restart. The Egyptian picked himself up to tuck home the penalty for 2-0.

Salah then went on a winding run before finishing to make it 3-0 before the hour. The game was over.

As Liverpool sat back, Emery’s side were able to see what they had in attack with Alexandre Lacazette, Aubameyang and Pepe all on the field for the final 20 minutes.

It was substitute Lucas Torreira who scored Arsenal’s consolation in a game where many fans would have been surprised that both Granit Xhaka and Dani Ceballos started ahead of the Uruguayan.

Liverpool will look to maintain their 100% winning start to the new season when they go to Burnley next Saturday before Arsenal host Tottenham Hotspur in the North London derby the following day.