Don't Miss
Home   >   Blogs   >   Could this really be the year Liverpool win the Premier League?﻿

Could this really be the year Liverpool win the Premier League?﻿ 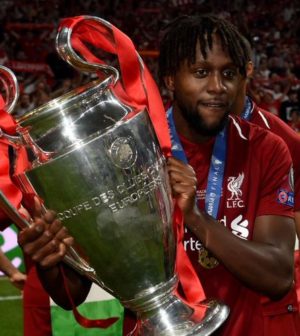 The 2019-20 Premier League season may have only just kicked off but already Liverpool fans are starting to get excited. Very excited in fact! The opening few games have shown that not only are Liverpool still in the form they showed last season but that others in the league may struggle to keep up this time around. With Jürgen Klopp keeping a steady hand on the tiller at Anfield, many fans are already beginning to think that this is the year they will finally clinch that elusive Premier League title.

When you look at the result and performances so far, it is easy to see why the supporters are so optimistic. The most recent 3-1 victory against Newcastle United was just the latest in a line of wins that saw Arsenal and Burnley toppled, among others. If you want a more thorough rundown of Liverpool’s progress in this year’s Premier League and any breaking football gossip Sportsbet.io news is a great place to begin. Results to date have left the Reds sitting pretty on top of the Premier League table for now. But what factors are there this season to suggest it really could be their year?

It must be remembered that there are only five games gone so there is a lot of football left to play. However, the five point gap that Liverpool have opened up over others already in the table is significant. It not only shows that they are currently the best team in the Premier League but also that they may also be the best for the rest of the season. A five point gap at this point in the year cannot be ignored and it does give them breathing space over their rivals. Of course, if they can build on that and get even further in front during the next month or two, they might be too far ahead to catch.

Another factor which points to this year finally being the one for Liverpool is the form of Manchester City to date. They are in 2nd currently but have been far from convincing in the games we have seen so far. The best example of this was the recent 3-2 defeat to Norwich City where chaotic defending from Guardiola’s side proved their undoing again. If City cannot match Liverpool’s form as they did last year and instead continue to stumble, the door is wide open for the Reds to take the title. With other traditionally top-class teams like Chelsea, Tottenham and Manchester United all looking to be well behind the Reds in terms of quality, the picture looks promising for Klopp’s side.

Attacking threat is strong as ever

The form and sheer firepower of Liverpool’s front three could be enough to take them all the way this time. Mohamed Salah, Roberto Firmino and Sadio Mané have always been impressive when playing together but they look especially good this season. If they continue to play well and score goals, it will get Liverpool the wins they need to push further ahead and take the Premier League crown. At the moment, even if teams score two or three goals against them, Liverpool can rely on their forwards to rescue them and secure three points.

Players will be extra motivated

The last big factor that seems to be in the Merseyside team’s favour this time around is the extra motivation their players will have to do win the league. The bitter disappointment of just losing out last year will spur them on to try even harder this season to bag the trophy. This added effort and mental focus could well be the missing ingredient that will see them stay on top of the league when it really matters. Any kind of extra motivation will come in very handy during those hard winter months or tough games when they need to dig in and grind out results. With this in their corner, the extra points this nets them could be the difference between success and failure.

Fans hopeful that they can

It goes without saying that all Liverpool fans are desperate to win the Premier League trophy at last. With last year’s near miss and the one that got away when Steven Gerrard fell over the ball against Chelsea, they must surely feel that lady luck will smile on them this time. If Klopp can keep his key players fit and firing then anything is possible. This is certainly true if the rest of the challengers continue to stumble and fail to keep pace with the Reds. Whatever happens, it is sure to be a cracking season!