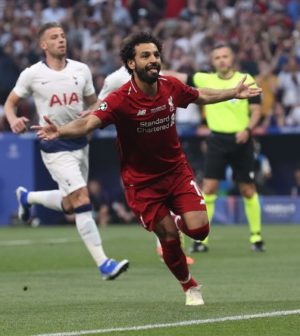 Liverpool will be looking to extend their lead over Manchester City back to six points as they host Tottenham Hotspur at Anfield this afternoon.

The visitors are winless in their last 10 Premier League games on the road but gave their confidence a much-needed boost midweek with the 5-0 thrashing of Red Star Belgrade in the UEFA Champions League.

Jürgen Klopp’s side dropped points in the Premier League for the first time last weekend but will be looking to get back to winning ways and maintain a 100% winning record on home soil.

The lineups for this afternoon’s game are confirmed as:

Dejan Lovren is the one surprised named in the Liverpool starting XI by
Jürgen Klopp as Joël Matip is out. The Croatian partners Virgil van Dijk at centre-back, with Joe Gomez only good enough for the bench.

Paulo Gazzaniga is between the sticks again for Spurs as Hugo Lloris is sidelined. This could be a huge blow for the visitors, even if the France captain has made a number of errors already this season.

Jan Vertonghen is only good enough for the bench as Toby Alderweireld and Davinson Sánchez partner in the middle of a back four. It comes as a surprise only to see Tanguy Ndombele among the substitutes though.

Heung-min Son has to be the biggest threat to Liverpool on the counter-attack, whilst Dele Alli make his second Premier League start of the season.