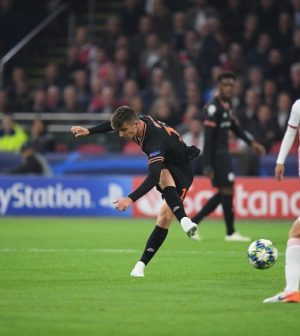 Chelsea return from their 1-0 win at Ajax in the Champions League on Wednesday night to take on Burnley this evening.

The Clarets have lost all three games against current top half sides this season – Arsenal, Leicester City and Liverpool, and can expect a difficult game at Turf Moor when Frank Lampard’s side are in town.

Chelsea have won their last three away Premier League fixtures, are scoring freely and tightened up at the back in recent weeks.

No surprises named by Sean Dyche who will go with a 4-4-2 formation this evening.

Ashley Barnes has been the hitman up front for Burnley so far this season, whilst they will be looking for Dwight McNeil to create chances from down the left wing.

Frank Lampard seems settled on his back four for the time being whilst
Antonio Rüdiger is sidelined. N’Golo Kanté is also missing though injury, so Mateo Kovačić partners Jorginho in central midfield. Mason Mount will play ahead of them in a creative role.

Tammy Abraham’s goals have been drying up of late so the Englishman would love to get back on the scoresheet today. He will be supplied by Mount, Willian and Christian Pulisic, who is making a rare start.