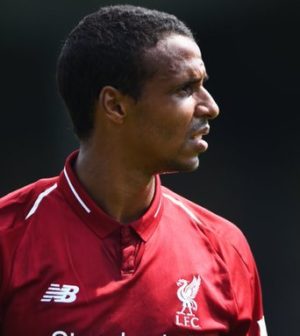 Liverpool have been dealt a significant injury blow as Joël Matip is set to miss as many as 10 games after suffering a setback in his recovery from a knee injury, according to reports.

Matip has featured just once in the Reds’ last five games in all competitions, with the experienced centre-back playing in their 1-1 draw with Manchester United last weekend.

Dejan Lovren partnered Virgil van Dijk in the middle of Liverpool’s back four during their 2-1 win at home to Tottenham Hotspur this past Sunday, with Joe Gomez named among the substitutes.

Joël Matip had also missed the previous two matches against RB Salzburg and Leicester City due to a knee problem which was initially picked up during Liverpool’s 1-0 win at Sheffield United at the end of September.

Jürgen Klopp had initially said that the centre-back would only be sidelined for a couple of games, but it appears the injury is more serious than first thought. That’s because the Evening Standard are reporting that Matip has suffered a setback and is facing the possibility of being out for six more weeks.

That timescale would rule the defender out of action until mid-December and therefore as many as 10 Liverpool games in all competitions.

He certainly looks set to miss Wednesday night’s EFL Cup clash with Arsenal. The Merseyside club currently remain the odds-on favourties for that match. With this injury though, punts may prefer to back or lay Klopp’s side with a free bet instead. The best offers can be found over at freebetshub.com.

Joël Matip would also miss the Reds’ Champions League group stage games against Genk and Napoli and would be in a race against time to be fit for the final group game against RB Salzburg on 12 December.

In his place, Klopp has the choice of both Lovren and Gomez to partner van Dijk in his back four that have kept just two clean sheets in their first 10 Premier League games this season.