Don't Miss
Home   >   Champions League   >   Will Liverpool Prioritise Premier League Above All Else This Season?

Will Liverpool Prioritise Premier League Above All Else This Season? 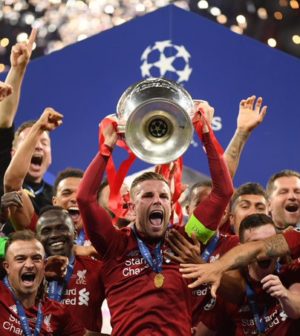 Winning the UEFA Champions League is a massive feat for any club. For Liverpool, June’s triumph went a long way towards healing the disappointment of missing out on the Premier League title by such a narrow margin. But most Liverpool fans would have given up that sixth European Cup if it meant ending their 30-year wait for a domestic league title.

Success in UEFA’s elite competition brings added pressure in the form of additional fixtures. Having already beaten Chelsea in the European Super Cup final in Istanbul back in August, Liverpool will also have to travel to Qatar on December 18, to play in the semi-finals of the World Club Cup. The day before this fixture, they also have a League Cup tie against Aston Villa for which they are expected to send a second-string team and separate coaching staff. On top of all this, they have a Champions League title to defend.

Last year, the Reds were out of the League Cup by this stage and were not involved in the FIFA Club World Cup. So how will the club cope with the extra workload? And what sacrifices will they make in their quest to become Premier League champions?

So far, Jürgen Klopp seems to be taking every competition seriously. He made significant changes to his starting XI for the League Cup games but sent out a team fully committed to progressing to the latter stages as exemplified by the electrifying win over Arsenal which they won on penalties after drawing 5-5 at Anfield. The Merseyside club also look set to take their Champions League defence to the knockout stages after winning three of their opening four matches in Group E. The best odds for Champions League betting currently puts the Reds at around 11/2 to retain the title.

They have done all this while also building an eight-point lead in the Premier League. As things stand, the German coach seems content to keep spinning all the plates. But as the season progresses and the physical and mental demands of competing on several fronts begin to take their toll, the Reds may have to decide where their priorities lie.

The obvious solution is to field different teams for different competition but if they progress to the latter stages of more than one tournament this will still put extra demand on the coaching staff and could detract from the main goal.

Domestic cups could be sacrificed

Reports have suggested that Liverpool’s owners have instructed Klopp to focus on the Premier League and Champions League. This could mean fielding different teams in the League Cup and FA Cup, even if they reach the final of either competition. If it comes down to a choice between the FA or League Cup and the Premier League, there is no doubt where the focus would lie.

But with the Premier League so coveted, we could even see a situation where key players are rested for games in the latter stages of the Champions League should the Reds get that far and still be in contention for the league title. The temptation to throw everything at a domestic title could be too much to resist for Klopp.