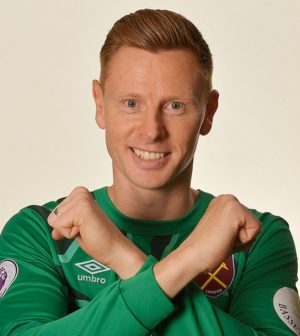 Son of former England international Alvin Martin, David Martin, has been named in West Ham United’s starting lineup for their trip to Chelsea this afternoon.

The Hammers have taken just one point from their last six Premier League games, and have conceded 16 goals in their last seven outings.

First choice goalkeeper Łukasz Fabiański remains sidelined, whilst his replacement, Roberto has looked hopeless between the sticks. The Spaniard has conceded exactly three goals in each of his last three league games.

33-year-old goalkeeper David Martin has been handed his Premier League debut by manager Manuel Pellegrini for the trip to Stamford Bridge this afternoon.

Martin was on the books of both Tottenham Hotspur and West Ham as a youth, before making his professional debut with Wimbledon in the second tier, in their final season before they were renamed the MK Dons.

He was signed by Liverpool in 2005 but never made a single appearance for the Reds, loaned out each season, with the biggest club he played for being Derby County, though only making two appearances in the Championship.

Between 2010-17 he was the first-choice goalkeeper for Milton Keynes Dons, mostly in League One, with a sole season in the Championship.

His father, Alvin Martin played for West Ham between 1976-96, during which he earned 17 caps for the England national team.