Race for the title: why the run-up to Christmas is so important for Manchester City 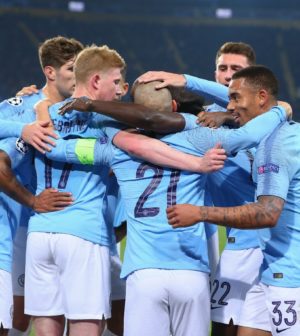 We are almost at the halfway point in this year’s Premier League season, and with eight points separating first-placed Liverpool from Manchester City, Pep Guardiola’s side will need to focus if they wish to retain their status as champions. Over the course of the next month or so, games come thick and fast. With Leicester City level on points with the Citizens as things stand, there’s a huge race on for the title. Even before City host Everton on New Year’s Day and the January transfer window opens, there could be a massive shake-up to the standings. While the Premiership latest odds price City at a respectable 3/1 for the title, work is to be done if they are to overturn their points deficit.

The first obstacle that City need to overcome is their bitter rivals in the Manchester derby this weekend. United rose to sixth in the table, after beating Tottenham Hotspur in midweek, but don’t boast the greatest current form. Guardiola has already said that barring a “miracle”, talismanic goalscorer Sergio Agüero still won’t be fit for the weekend, with Gabriel Jesus his likely replacement. However, there’s mounting pressure on Ole Gunnar Solskjær and with United winning just once on the road, home advantage at the Etihad must favour City.

After a midweek trip to Zagreb in the final group game of the Champions League, City travel to North London to face manager-less Arsenal. Despite their miserable away form, the Gunners are unbeaten at home but have drawn more games than they have won. To compound their current misery, Arsenal haven’t beaten City in the Premier League since December 2015 so history favours the Citizens chances of clawing back points in that fixture.

The real test comes on the 21st as second meets third in the Premier League and City host Leicester. The Foxes boast incredible form with six wins from their last six league games and it’s fair to say the loser at the Etihad that evening could well be out of the title race. Between Christmas and New Year, City also face teams vying for a place in the Europa League qualifying spot – Wolverhampton Wanderers and Sheffield United. The newly-promoted Blades have surprised many, currently sitting in eighth having stolen points from the likes of Arsenal, Spurs and Manchester United so far.

Despite bouncing back from their draw against Newcastle United with a thumping 4-1 victory over Burnley, Guardiola isn’t getting carried away. “For the distance we have with Liverpool it would be crazy to think about the title – we have to think about the derby, the other competitions, and take this rhythm”, he said.

After the New Year, the title race will be better evaluated. While injuries have cost City, the problem lies with their levels of performance. Liverpool aren’t playing as well as they did last season, but managing to secure vital wins to go on unbeaten. For City, the issue is that they aren’t playing well but also dropping points. The sign of a true champion is winning, and when the title race is over, talk will be made of the games won and points on the board, not specific levels of performances.