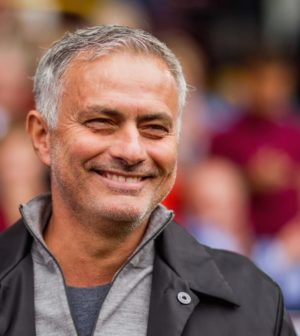 Tottenham Hotspur have announced José Mourinho as their new manager, a day after dismissing Mauricio Pochettino.

The former Manchester United manager has signed a deal at the New Tottenham Hotspur Stadium until the end of the 2022-23 season.

After finishing in the top four for each of the past four seasons and reaching the UEFA Champions League final back in May, Spurs have made a poor start to this campaign, down in 14th after 12 Premier League games.

Speaking on his appointment, José told the club’s official website:

“I am excited to be joining a vlub with such a great heritage and such passionate supporters. The quality in both the squad and the academy excites me. Working with these players is what has attracted me.”

José Mourinho has a tough job on his hands to get the North London side back into the Champions League next season as they are currently 12 points off the pace.

However, neither Chelsea, Arsenal or Manchester United have shown any consistency at least.

The new Tottenham manager will begin his reign with a London derby at the London Stadium as his new side take on West Ham United in Saturday’s lunchtime Premier League kickoff.