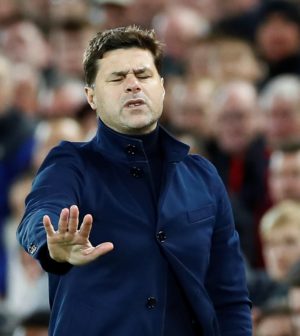 Tottenham Hotspur have parted ways with manager Mauricio Pochettino after five years in charge, the Premier League club have confirmed.

The North London side have made a very poor start to the current campaign, down in 14th place and 12 points outside of the top four.

They appear to be suffering a hangover from losing the UEFA Champions League final to Liverpool back in May.

Chairman Daniel Levy is quoted on the club’s official website as saying:

“We were extremely reluctant to make this change. It is not a decision the board has taken lightly, nor in haste.

“Regrettably domestic results at the end of last season and beginning of this season have been extremely disappointing.

“It falls on the board to make the difficult decisions – this one made more so given the many memorable moments we have had with Mauricio and his coaching staff – but we do so in the club’s best interests.”

It is understood that Jose Mourinho is set to replace Pochettino at the helm.

Mauricio Pochettino was originally appointed as Tottenham Hotspur manager in May 2014 and has guided them to four successive top four finishes.

They did limp into a top four finish at the end of last season, winning only three of their last 12 Premier League games.

He’s pulled off these results despite a lack of transfer funds over the past couple of windows, a result of the impressive new stadium that opened at the end of last season.

However, a poor start to their league campaign this term has also carried over to competitions – they were knocked out of the League Cup by League Two side Colchester United, and hammered 7-2 at home by Bayern Munich in the Champions League.