The most underrated players this season 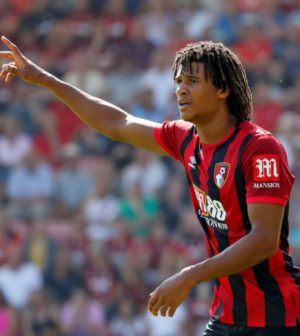 It’s no secret who the star players are in the English Premier League. They’re the players who steal headlines on a regular basis and make fans want to flock to Bet365 on BCP to put money down on their favorite team to win games.

However, in a league filled with star power, it’s easy to overlook the players who put in consistent performances week after week to help their teams win but don’t receive much praise. It’s time to recognise the most underrated players in the Premier League during the current season.

As far as goalkeepers are concerned, Kasper Schmeichel is rarely mentioned among the best in the Premier League. Alisson and Ederson have dominated that discussion for over 12 months now, and David de Gea continues to receive several accolades. However, the Leicester City shot stopper just as accomplished as anyone playing for a big 6 club.

Schmeichel has won a Premier League title and represented his country at a World Cup. This year, he’s leading a team that has the best defensive record in the Premier League.

He has been the one constant in Leicester’s defence from the time they won the title to today, providing stability and world-class goalkeeping.

Lucas Digne is easy to overlook because he rarely gets a chance to shine for France in important international games because of the abundance of talent Les Bleus has at their disposal. However, soon after arriving at Everton, Digne unseated longtime left-back Leighton Baines and has been one of the club’s most reliable players ever since.

He was voted the Club Player of the Season in his first season with the Toffees and has quietly become one of the more consistent left-backs in England.

Wolves have been one of the most successful teams in the first few years following promotion that the Premier League has seen in some time.
Rúben Neves has been a big reason why. He’s part of the engine in midfield that makes the Wolverhampton side run, alongside fellow countryman
João Moutinho.

He’s not the kind of player who’s going to contribute a lot of goals, but when he does, they usually come from outside the box and in spectacular fashion.

It’s getting a little more difficult to view Son as underrated, especially after his recent wonder goal against Burnley. But the South Korean international wasn’t a heralded player when he came to Tottenham Hotspur, and he’s still often overshadowed by Harry Kane, as well as the renaissance Dele Alli has had under José Mourinho .

He’s still seen as a complementary part of the Spurs squad, even though few attacking players are versatile enough to play different positions and capable of scoring with both feet as well as Son.

While he never got much of a chance to showcase his talents at Chelsea, Patrick van Aanholt has established himself as a reliable Premier League left-back at Sunderland and Crystal Palace for many years. He possesses surprising power for a player of his size, allowing him to hold his own against some of the top attacking players in the league.

Also, van Aanholt is more than capable of surprising opponents by chipping in the occasional goal from his defensive position.

Todd Cantwell’s Norwich Cityteammate Teemu Pukki has garnered the most attention with the Canaries back in the top flight this season. But the young midfielder has been Pukki’s less-appreciated running mate.

He played a vital part in getting the Canaries back to the Premier League and has continued in his role as playmaker and occasional goal-scorer. It may only be a matter of time until the bigger clubs take notice and try to pry him away from East Anglia.

No, Jordan Henderson is never going to be on the same level as Steven Gerrard. But he certainly deserves more credit for Liverpool’s recent success than he receives.

Most people want to talk about the goal-scoring prowess of Mohamed Salah,
Sadio Mané and Roberto Firmino. However, it’s Henderson’s hard work in the midfield and outlet passes that make all of that possible. He’s perhaps the biggest reason why the Liverpool attacking band is always in a position to put the ball in the back of the net.

If you ever find yourself wondering why Burnley have managed to stay in the top flight for four straight seasons and counting, Ben Mee a centre-back is a big reason. He’s by no means the tallest, strongest, or flashiest defender in the Premier League, but he leaves it all on the field and gets the most out of his talents.

He’s been a regular in the Burnley lineup for several years, and for a team that often struggles to score goals, defensive players like Mee are a huge reason why Sam Dyche’s team has managed to remain in the Premier League year after year.

He couldn’t save Huddersfield Town from relegation last season, but Aaron Mooy has given Brighton & Hove Albion a huge boost this season after they were nearly sent down last season. The Australian midfielder always finds a way to make an impact on games, doing so in a variety of ways.

He may not have the flashy skills and athleticism of some of the Premier League’s elite midfield players, but Mooy works his butt off every game, covers acres of space, and always makes his team better.

Nathan Aké is a great example of a high-level player who is so often overlooked because he plays at a smaller club. It’s almost crazy that he never got a fair shot to prove himself at Chelsea because he’s as good as any centre-back the Blues have these days.

Among left-sided players, you’d be hard-pressed to find a Premier League player who is capable of playing centre-back or left-back, much less excel at both while chipping in a few goals every season. It’s perhaps not a huge surprise that Bournemouth have been on a horrible run of form lately in his absence.