Can Spurs get anything against Manchester City?﻿ 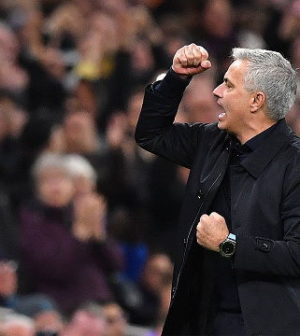 Tottenham Hotspur will be looking to keep our top four hopes alive when we host Manchester City on Sunday.

We head into the weekend six points behind Chelsea and level on points with both Manchester United and Wolverhampton Wanderers, who meet at Old Trafford in Saturday’s evening Premier League match.

Chelsea don’t have an easy match this weekend as they travel to Leicester City in the first game of the weekend. A favour from the Foxes in the lunchtime game would be much appreciated.

It’s a tough one to predict how the Premier League table is going to look after the weekend, but I’ll be keen to see what Premiership Tips are predicting for the weekend’s games as they’re often right!

Jose Mourinho has certainly got the toughest test of any of the sides chasing the top four this weekend. Manchester City are in rampant form, having won four of their last five league games and scoring 12 goals in the process.

Harry Kane’s absence has been a big blow to us, hence the lack of goals and results. We simply do not have a replacement for him, but Lucas Moura is being given a run out in that position.

We’ve also failed to land an out and out striker this month, even on loan. However, the signing of Steven Bergwijn from PSV Eindhoven is a huge acquisition. The Dutch international is capable of fitting in this position but he’s excellent down either flank.

Bergwijn is coming off a below bar season at the Dutch giants, but the club is massively underperforming themselves – currently in fifth. He still has 10 assists in his 16 Eredivisie matches, but only five goals. Still, that’s almost one goal involvement per game. The 22-year-old had scored 14 and assisted 12 in his 33 league appearances last campaign but failed to score in any of his 17 appearances in Europe (12 starts), split between the Champions League and Europa League.

The new signing could make his debut in this weekend’s game at home to Manchester City – what a tough start to life in London that could be!

Manchester City are in great form, but we managed to come away from the Etihad Stadium with a 2-2 draw at the start of the season. That was under Mauricio Pochettino. Now we’re under the legendary tactician that is Mourinho and we’re at home. The Citizens also have little to play for in terms of the title race and that they’re already virtually guaranteed a Champions League place already.

There’s more on the line for us and I think we’re capable of getting a result on Sunday. It’s a shame the bookmakers don’t think so – they’ve given Manchester City odds as short as 1/2 to beat us!