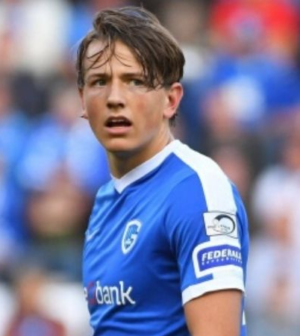 Sheffield United have broken their club record transfer fee with the £22 million signing of Sander Berge from Belgian club Genk.

The fee exceeds the £20 million spent on striker Oliver McBurnie from Swansea City over the summer, which was not the first time they had broken their club record following promotion from the Championship last May.

Berge is a Norwegian international who plays a holding midfield role. He played in all six Champions League group stage games for the Belgian champions earlier this season without picking up a single yellow card.

The central midfielder reads the game very well and will be a nice addition in the middle of Sheffield United’s five man midfield under Chris Wilder.

Sander Berge is also a good passer of the ball, though doesn’t register too many assists.

This transfer will be considered somewhat of a coup for the Blades, as the 20-time Norwegian international was linked with a move to both Liverpool and Chelsea during this transfer window.

Sheffield United’s new signing could make his debut as early as Saturday when the Yorkshire club are in Premier League action away to Crystal Palace.

Wilder’s side head into the weekend in eighth place and only one point off Manchester United in fifth.