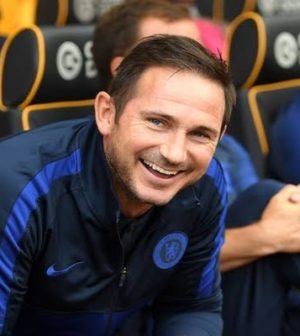 Chelsea produced one of their best performances under Frank Lampard on Sunday as they hammered Everton 4-0 at Stamford Bridge.

The game never looked in doubt after Mason Mount opened the scoring on 14 minutes with a fine finish on the turn into the bottom corner to beat Jordan Pickford at his near post.

Pedro doubled the Blues’ lead midway through the first half against Carlo Ancelotti’s side, who never looked up for the fight in West London.

Goals from Willian and Olivier Giroud in the opening 10 minutes of the second half made the scoreline more emphatic.

Following their victory, the best price you can find at an online sportsbook for Chelsea to finish in the top four is currently 4/7. Leicester City above them are shorter odds at 2/7 – with the Foxes able to move five points ahead of Lampard’s side with a win over struggling Aston Villa on Monday night.

Chelsea have a three point advantage of Manchester United, who should not be overlooked as they have been in excellent form under Ole Gunnar Solskjaer in recent months.

The bookmakers tend to agree that United are very much still in the hunt, with odds of 7/4. Of course, a fifth place finish this season may still be sufficient to qualify for next season’s Champions League as Manchester City are facing a two-year ban from the competition, subject to appeal.

United beat rivals City 2-0 at Old Trafford on Sunday, meaning they have now kept eight clean sheets in their last 10 games in all competitions. They are looking very good at both defending and going forward since the arrival of Bruno Fernandes at the end of January.

Chelsea have just one game left in the UEFA Champions League this season following their 0-3 hammering at the hands of Bayern Munich in the Round of 16 first leg, whilst United still have to pay attention to the Europa League where they will face LASK from Austria in the last 16.

Both sides remain in the FA Cup, with Chelsea away to Leicester City and Manchester United away to Norwich City in the quarter-finals, with all eight remaining teams being in the Premier League.

Chelsea have been inconsistent in recent weeks, which includes drawing 2-2 away to struggling Bournemouth and losing 1-0 away to Newcastle United. They are anything but a certainty to finish in the top four this season.

Below United, Wolverhampton Wanderers and Sheffield United are both two points behind, whilst Tottenham Hotspur and Arsenal are not out of the running wither – seven and eight points behind their London rivals respectively. However, the shortest odds you’ll find on any of these sides finishing in the top four is Wolves at 7/1.