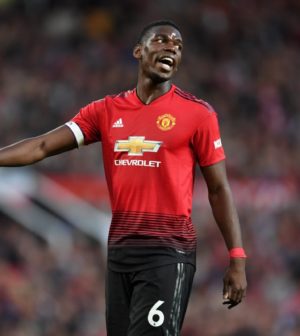 The 27-year-old made only seven Premier League appearances (5 starts) in the Red Devils’ 29 games during the 2019-20 season prior to disruption.

Pogba has not been a popular figure at Old Trafford for a number of seasons now, following his then world record £89 million transfer from Juventus in the summer of 2016.

The French midfielder’s lazy performances were to blame for fans’ displeasure.

Rio Ferdinand has been quoted in the Metro as saying that if he was in Pogba’s shoes, that he would leave Manchester United at the earliest opportunity:

“There’s more to life than coming here and getting criticised when he’s not even playing. Why be a part of that?”

“If i was him, honestly…. United fans won’t thank me for it but I’d be thinking that.”

However, the former United and England captain went on to say that some of the criticism on Paul Pogba has been unfair, adding:

“I think it’s unfair some of the criticism he gets and some of that is based on social media presence which i think is ridiculous .

“Some players in my era did far worse things that would influence the dressing room but it got swept under the carpet. I don’t get it.

“He’s a player he lives and breathes football social media goes before him a lot of the time i believe.”

Juventus have been linked with a move for the 2018 World Cup winner. The 69-time French international originally joined the Serie A champions on a free transfer from Manchester United in 2012 before moving back four years later.

Spanish giants Real Madrid have also been strongly linked with a move for the controversial midfielder.