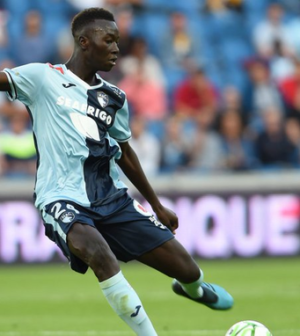 Despite the finale of the 2019-20 Premier League season yet to be decided amid the COVID-19 epidemic, Watford are already making preparations for next season.

The Hornets had been sitting directly above the relegation zone, only above Bournemouth on goal difference, with nine games remaining prior to the disruption.

Nigel Pearson’s side have today announced that they have agreed to sign French midfielder Pape Gueye on a five-year deal once his contract at Le Havre expires on 30 June 2020.

The 21-year-old is a holding midfielder who made 39 appearances over the past two seasons in France’s second tier. Gueye has also represented France at under-18 and under-19 levels.

Standing at 6′ 2″, Pape Gueye offers a powerful presence in the middle of Watford’s midfield, alongside the likes of Abdoulaye Doucouré and Étienne Capoue.

The FA have yet to make a decision on what will happen with the remainder of the 2019-20 Premier League campaign but the French authorities announced earlier today that their season have been cancelled and voided. They follow the Dutch Eredivisie who were the first major European league to confirm the future of their 2019-20 season.