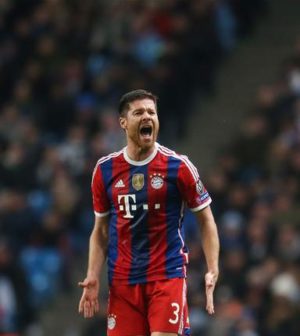 Former Liverpool midfielder Xabi Alonso is one of the leading candidates to become Pep Guardiola’s new assistant manager at Manchester City, according to the Daily Mail.

The Spanish boss is still on the lookout for a new man in the dugout after Mikel Arteta left to become Arsenal manager just before Christmas.

City have been expected to name Arteta’s replacement this summer and former Liverpool and Real Madrid midfielder Xabi Alonso is under strong consideration.

The 2010 World Cup, Euro 2008 and Euro 2012 winner is currently in charge of Real Sociedad’s B team, who were fifth in the Spanish third division prior to the COVID-19 disruption. His only previous management experience prior to this came with Real Madrid’s under-14s team.

The Daily Mail mention Rodolfo Borrell as Alonso’s strongest rival for the job. Borrell is already a part of Manchester City’s coaching staff.

Other possible appointments at this time could also include David Silva and Andres Iniesta, though both are still active players and may see this coaching opportunity come too early.