The return of the Premier League: the race for top four 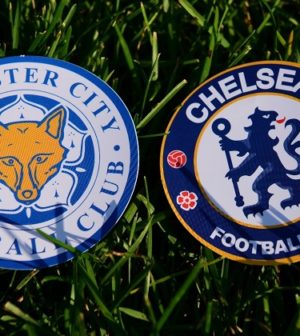 Football fans around the globe are counting down the minutes until the return of the Premier League – which was suspended over 100 days ago, due to the worldwide coronavirus pandemic. And, whilst clubs and players have been getting back into the swing of things over the last few weeks, some have a little more to play for when the Premier League gets back underway.

Liverpool – who are 25 points clear – have, undoubtedly, wrapped up the title, whilst Manchester City are firmly in the driving seat for second place. However, the remainder of the top four isn’t so straightforward. Leicester City and Chelsea currently occupy third and fourth, respectively, but there are several teams hot on their heels.

With that in mind, let’s take a closer look at the runners in the race for a Champions League spot.

If you’re betting on the English Premier League with Paddy Power, then you’ll notice that the Foxes are tipped to slip out of the top four, in the run-in to the end of the season. However, despite their poor form before the season was suspended, Brendan Rodgers’ side are actually in a pretty good position to wrap up a top four finish.

Leicester City hold a strong eight point lead over Manchester United in fifth, and could build on that advantage, as five of their first six games back are against teams in the bottom half of the table. However, a tricky final three games against Sheffield United, Tottenham Hotspur and Manchester United could prove pivotal.

Chelsea thrashed Everton 4-0 in their last league game before it ground to a halt, but their form since the beginning of the New Year hasn’t been great, and the Red Devils were making ground on Frank Lampard’s side fast – so, you could argue that lockdown came at the right time for the Blues!

The Stamford Bridge outfit are still being tipped for a top four spot, despite Manchester United being just three points behind them. However, their run-in is far from straightforward. Lampard’s men will face City at the Bridge on June 25th, before facing Sheffield United and Liverpool away, and Wolves at home, in three of their last four games – which is sure to be a make-or-break period for the Blues.

Unlike their top four contenders, the suspension of the Premier League came at the wrong time for Manchester United. Ole Gunnar Solskjær’s side were unbeaten in their last five league outings – which included a solid 2-0 win away to Chelsea and a shock victory, of the same score line, over City at Old Trafford. The addition of Bruno Fernandes in January has spurred the Red Devils into life, and their run-in – which is predominately against bottom half teams – puts a top four finish in their favour.

Wolves are five points behind Chelsea in sixth, but, with nine games left, you can’t rule them out of finishing in the top four. Nuno Espírito Santo’s side drew three of their last five games before the virus struck, however, two of those stalemates were crucial points against Manchester United and Leicester, although they also beat Spurs on the road in their second-last outing.

In their favour, Wolves kick-start their run-in against relegation contenders West Ham United, Bournemouth and Aston Villa, however, Arsenal, Sheffield United and Chelsea will provide challenges as the season draws to a close.

Sheffield United are worth a mention as they are also five points behind the Blues, although they are set to face United, Spurs, Wolves, Chelsea and Leicester in their remaining nine games – making a top four finish very unlikely. Eighth-placed Spurs – who are seven points behind the Blues – would have a mountain to climb to finish in the top four, and remaining fixtures against Manchester United, Sheffield United, Arsenal and Leicester don’t make their task any easier.

Whatever the outcome, the race for top four is sure to be as thrilling as ever!