The return of the Premier League: the relegation run-in 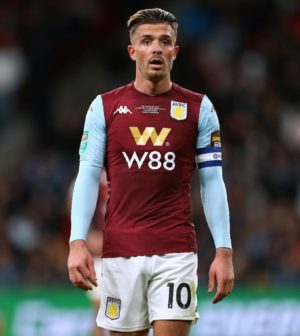 After over 100 days away, due to the global coronavirus pandemic, the return of the English Premier League is upon us, and whilst the title is, undoubtedly, on its way to Anfield, for the first time in over three decades, the rest of the league isn’t so straightforward.

From the off, the race for top four will be fierce, with several clubs chasing UEFA Champions League football. However, it’ll be just as tight at the other end of the table with six clubs fighting for their place in England’s top flight. It’s not going to a usual relegation scrap either! The games will be coming thick-and-fast with the teams having to play a mammoth nine games in just six weeks.

With all of that in mind, let’s take a look at the Premier League’s top relegation contenders!

Things are looking pretty bleak for rock-bottom Norwich City. The Canaries are six points adrift from safety – making them massive odds-on favourites in the betting on the Premier League relegation battle. Daniel Farke’s side have failed to build any momentum throughout the course of the season, having won just two league games since the turn of the New Year.

Picking up results against fellow relegation contenders Watford, West Ham United and Brighton & Hove Albion could give them a glimmer of hope, however, facing Chelsea and Manchester City on the road, in two of their last three games, could all but confirm relegation for the Canaries.

Things aren’t looking much better for Aston Villa either. Dean Smith’s men lost four on the bounce before the season was halted back in March, and have conceded a whopping 56 goals – which is the worst defensive record in the league. Whilst Villa are just two points adrift from safety, their run-in isn’t in their favour either. The midlands side will face Sheffield United (H), Chelsea (H), Wolverhampton Wanderers (H), Liverpool (A) and Manchester United (H) – who are all in European places at the time of writing – as well as Arsenal (H), in six of their last nine games.

Bournemouth’s league position will, without doubt, come as a surprise to many. The Cherries have been fairly safe in recent years, however, this term, they have won just seven times in 29 outings, and have picked up just 27 points. Eddie Howe’s side have lost six of their nine league games since the New Year, although relegation is far from a certainty with Watford and West Ham, both on 27 points as well.

Watford looked destined for the Championship until Nigel Pearson came in and took the Hornets from the bottom of the table up to 17th. However, Watford are far from safety, and their form dipped again before the season was halted, with just one win in seven outings – whilst just one goal currently separates them and the drop zone.

In the Hornets favour, they’ll face West Ham and Norwich during their final nine games, however, clashes with the Foxes and Chelsea in their first four outings could dampen their spirits, whilst facing Manchester City and Arsenal in their final two games could guarantee relegation.

West Ham – who are also only safe from the relegation zone due to goal difference – have lost six of their nine games since their 4-0 New Year’s Day victory over Bournemouth – winning just once, against Southampton in the penultimate game before lockdown. Luckily, for the Hammers, they’ll face Norwich, Watford and Villa in their final four games – so, survival is in their own hands!

Brighton may be the safest of the bunch in 15th position, but just one defeat could see them drop right down into the bottom three! Graham Potter’s side are the draw specialists this season, with six stalemates in their last nine games – including draws against Chelsea, the Blades, and Wolves. But, most importantly they have been picking up crucial points.

The Seagulls’ restart couldn’t be much worse with Arsenal (H), Leicester (A), and Manchester United (H) their first three outings – meaning dropping into the relegation zone is a realistic outcome with Liverpool and Manchester City still to play in their last six games, as well.

Whilst Norwich seem doomed, there’s still hope for the others! Whatever the outcome, it’s sure to be a nail-biting relegation scrap!