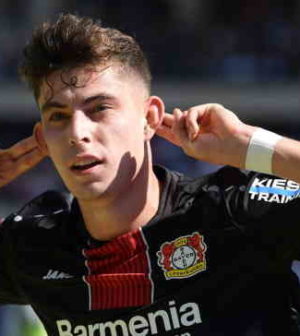 Chelsea have completed the £71 million signing of Kai Havertz from Bayer 04 Leverkusen.

The forward has signed a five-year deal at Stamford Bridge until the end of June 2025.

Havertz is coming off another productive season in the Bundesliga, scoring 12 goals and assisting 6 in his 30 appearances (29 starts).

The 21-year-old is capable of playing in a number of attacking positions, which included playing as the sole striker in several of Leverkusen’s final games of the season.

However, I would expect Frank Lampard to see his latest signing as Chelsea’s right winger in his attacking trio, following the departure of both Willian and Pedro.

Chelsea have already signed an out-and-out striker in Timo Werner earlier this summer, whilst already having Olivier Giroud and Tammy Abraham on the books.

Havertz has seven caps for the German national team, scoring one goal.

The Blues finished fourth in the Premier League last season to qualify for the Champions League this campaign. They get their new season underway next Monday, away to Brighton & Hove Albion.