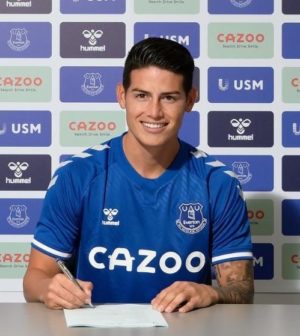 Tottenham Hotspur and Everton start their 2020-21 Premier League campaign in under an hour’s time in North London.

Both sides have been fairly busy in the transfer market after disappointing seasons that finished in July.

The two lineups are confirmed as:

Jose Mourinho hands debuts to Matt Doherty at right-back and Pierre-Emile Hojbjerg in front of the back four, whilst Joe Hart is the substitute goalkeeper.

Eric Dier will partner Toby Alderweireld in the centre of defence following Jan Vertonghen’s departure and Davinson Sanchez only being named on the bench.

Carlo Ancelotti hand debuts to Allan, Abdoulaye Doucoure and James Rodriguez in what appears to be a 4-3-3 formation at the New Tottenham Stadium today.

Dominic Calvert-Lewin will be supported by the Colombian and Richarlison in attack. Allan, Andre Gomes and Abdoulaye Doucoure offer a defensive midfield three.