Zaha ‘hopes a big club comes in and takes him’ 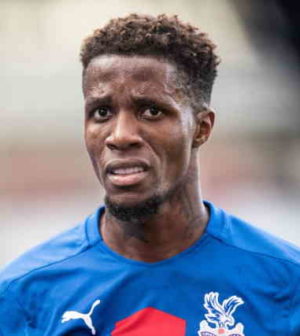 Crystal Palace’s match winner on the opening day of the 2020-21 Premier League season, Wilfried Zaha, is hoping a big club signs him during the transfer window, according to manager Roy Hodgson.

The Ivory Coast international scored a controlled volley in the 13th minute to help the Eagles to a 1-0 win at home to Southampton earlier in the day.

The 27-year-old has been linked with a move away from Selhurst Park for several seasons but remains with the club he re-joined from Manchester United in 2015.

“The fact is that every transfer window I’ve been involved in Wilf [Zaha] has made noises that he would like to play for a club that plays in the Champions League.

“But for anything to happen a club has got to come along and pay the market price.

“We’re expecting him to accept the situation for what it is and keep playing his best football.”

Crystal Palace started the season among the relegation favourites and the sale of Zaha would only add further pressure to Hodgson and his side.

So far during the transfer window the Southeast London club have signed youngsters Eberechi Eze (Queens Park Rangers) and Nathan Ferguson (West Bromwich Albion), whilst Michy Batshuayi has re-joined on loan from Chelsea.