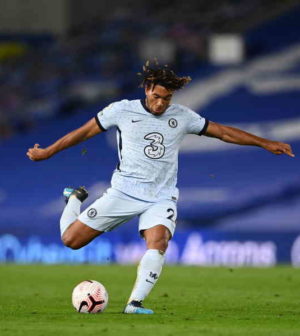 Chelsea’s reshaped team started the 2020-21 Premier League season with a 3-1 win away to Brighton & Hove Albion on Monday night.

Mega money summer signings Timo Werner and Kai Havertz were both in the starting lineup and it was the former who won the penalty midway through the first half that Jorginho gave the Blues the lead.

However, Brighton & Hove Albion equalised 10 minutes into the second half when Leandro Trossard’s 20-yard effort managed to beat Kepa Arrizabalaga.

Chelsea have been strongly linked with the signing of Edouard Mendy from Rennes in recent weeks as Frank Lampard seemingly lost faith in the Spaniard goalkeeper last season. The 25-year-old’s effort on the equaliser may have only further backed this up.

The Seagulls weren’t level for long as right-back Reece James fired in a goal of the season contender into the top corner from 25 yards to restore Chelsea’s lead.

This time it was for good as Kurt Zouma’s deflected volley from a corner deceived Mat Ryan to extend Chelsea’s lead to 3-1 midway through the second half.

Chelsea have a much tougher test on Sunday when they host defending champions Liverpool at Stamford Bridge.