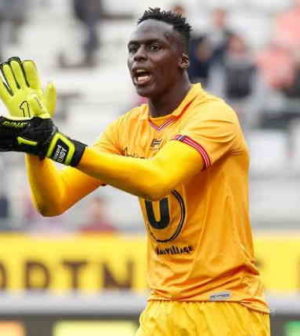 Kepa Arrizabalaga’s days at Chelsea may soon be over as the Blues have today completed the signing of Edouard Mendy.

The 28-year-old arrives in a £22 million deal from Rennes, signing a five-year deal at Stamford Bridge.

Mendy was arguably the top goalkeeper in the disrupted Ligue 1 last season, with the campaign being cancelled in March. He helped the club make a surprise qualification for this season’s Champions League.

The Senegal international started Rennes’ first game of the 2020-21 campaign, a 1-1 draw versus Lille, but was then dropped amid speculation he was set to move to the Premier League giants.

Frank Lampard had clearly lost faith in Kepa during his first season at Chelsea, which saw veteran Willy Caballero finish the campaign between the sticks.

The Spaniard was given another chance at the start of this campaign, but was at fault for Brighton & Hove Albion’s goal in the opening game of the season. Leonardo Trossard’s 20-yard effort managed to beat 25-year-old to equalise for the Seagulls, but Chelsea went on to win the game 3-1.

Edouard Mendy is the latest of a busy summer by Lampard and Chelsea, who have already signed Hakim Ziyech, Timo Werner, Ben Chilwell, Thiago Silva, Malang Sarr and Kai Havertz as they look to build on last season’s fourth-place finish and ultimately get back in the title race.

The new signing will be available for Chelsea’s trip to West Bromwich Albion on Saturday.